A Warm-Blooded Fish, Thunderstorms From Space, And Other Amazing Images Of The Week

Plus, the skeleton of the man who brought leprosy to Britain 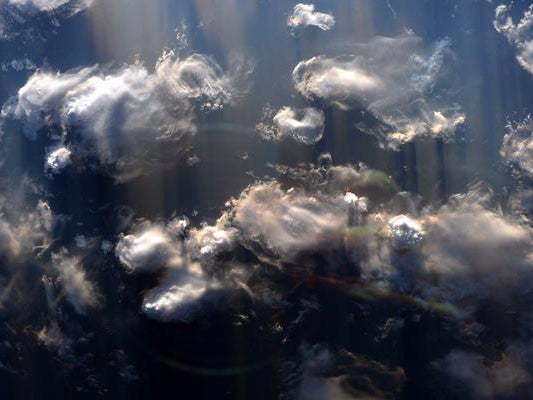 Astronaut Terry Virts, the commander of NASA's current expedition at the International Space Station, tweeted this picture of shadows cast by thunderstorms, calling the picture #EarthArt. This isn't the only media he's posted--Virts has also posted Vines of a massive lightning storm over India and Super Typhoon Noul as it approached the Philippines. But he doesn't just document Earth happenings--he's also posted photos of space experiments at the ISS, mealtimes with floating food, and haircuts in space. Virts and his crew have spent the last few months conducting astrophysics research, physical science investigations and technology demonstrations. Terry Virts via Twitter
SHARE 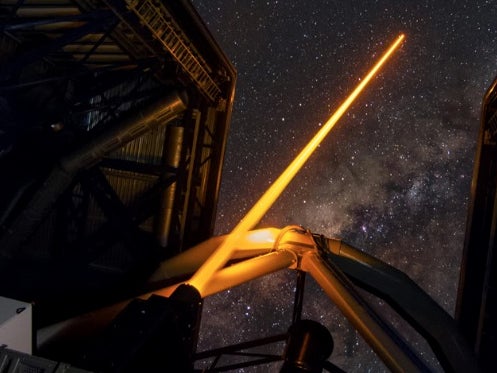 Beam Us Up, Scotty

This might look like a scene straight out of science fiction, but it’s actually a laser from the European Southern Observatory’s Very Large Telescope in Chile. The 22-watt beam is pointed at Saturn, and this is the first of four “laser guide star units.” Shining lasers will help astronomers get sharper images of far-off space objects, and this method can help scientists map atmospheric turbulence in greater detail. 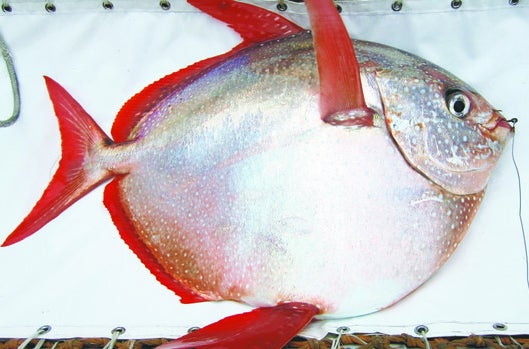 Check Out This Hot New Fish

The Internet went crazy over the opah, which researchers from the National Oceanic and Atmospheric Administration say is the first warm-blooded fish ever discovered. Unlike their cold-blooded friends, opah generate heat as they swim, distributing the warmth throughout their bodies via special blood vessels. Their unique gills minimize heat loss, allowing them to stay warm even 250 feet below the surface. Before, warm-bloodedness is what distinguished mammals and birds from fish and reptiles, but this discovery certainly changes things. “There has never been anything like this seen in a fish’s gills before,” said Nick Wegner, lead author of the report published in Science magazine. 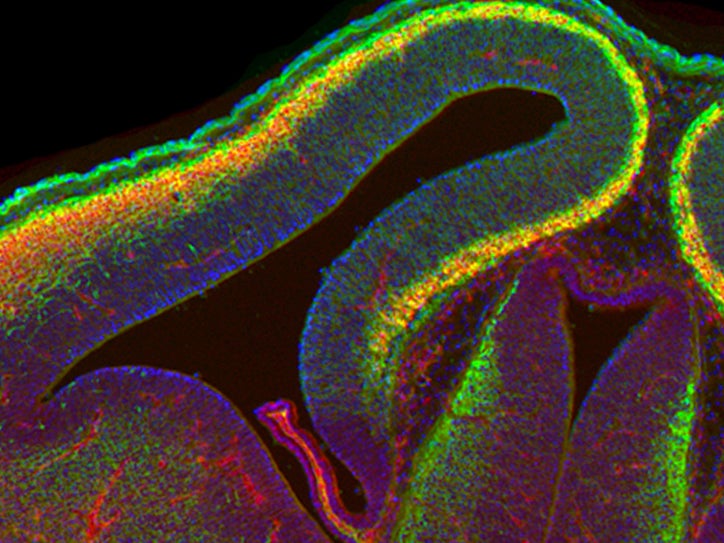 Scientists at Salk Institute in California have shown that neurons in a mouse’s brain can swap senses as they mature–for example, neurons that interpret sound or touch can instead switch to vision. According to New Scientist, “neurons shown in yellow have been rewired, changing the type of sensory input they are able to process.” These crazy shifts all come down to a protein called Lhx2, which can switch genes on or off to change sensory neuron functions. The researchers say this discovery could help with schizophrenia treatments. 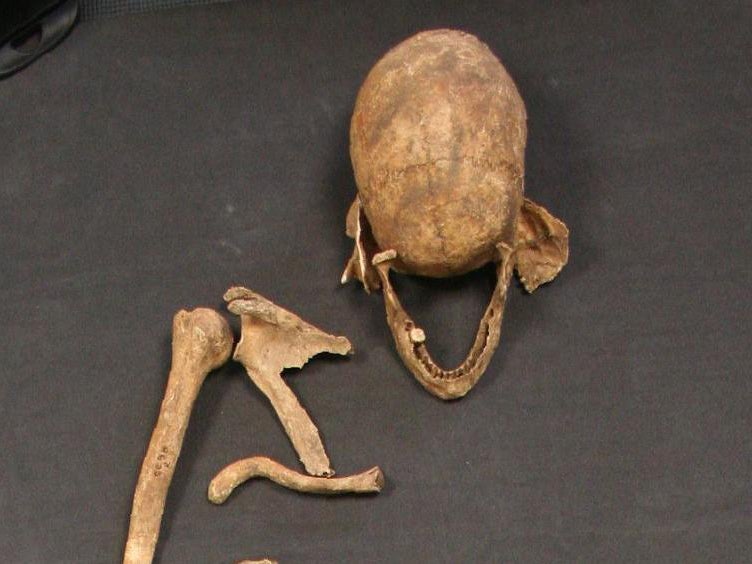 These curved bones may have belonged to the first man to bring leprosy to Britain. The Scandinavian man died in Essex 1,500 years ago. Though this skeleton was excavated more than 50 years ago, scientists have recently confirmed through DNA testing that the man did indeed have leprosy, making him the earliest known case in Britain. At the time, leprosy was incurable, disfiguring, and highly contagious, and lepers were forced to live apart from society. The leprosy epidemic peaked between the 12th and 14th centuries. 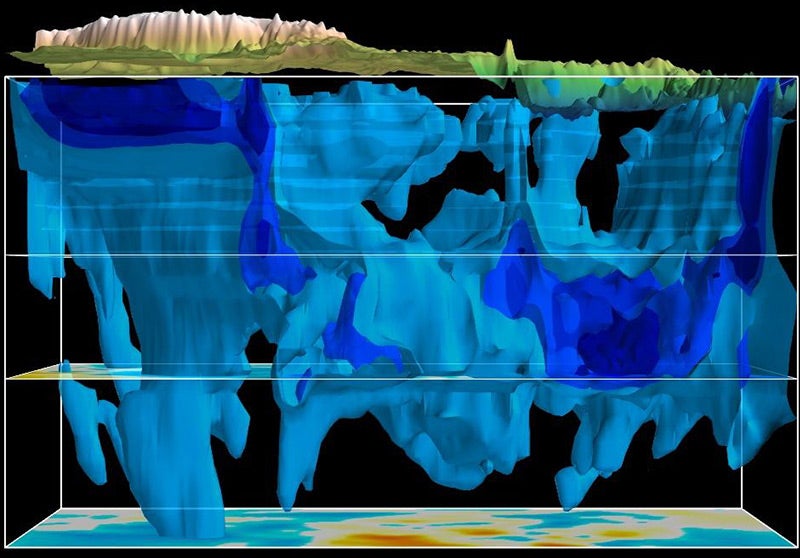 Thanks to 3-D supercomputer simulations, we can now see the hidden rock structures beneath East Asia. Researchers used data from 227 earthquakes in the region, and they mapped about 560 miles below ground. “With the help of supercomputing, it becomes possible to render crystal-clear images of Earth’s complex interior,” said principal investigator Min Chen.

In a new study, Scientists introduced the molecule DPP8, which can be supercooled to 200 degrees Fahrenheit below its freezing point. DPP8 suddenly crystallizes when lightly touched, and the yellow crystals glow under ultraviolet light. Researchers say this could have applications in electronics or medicine, but the really important takeaway here is that it’s super fun to draw on. 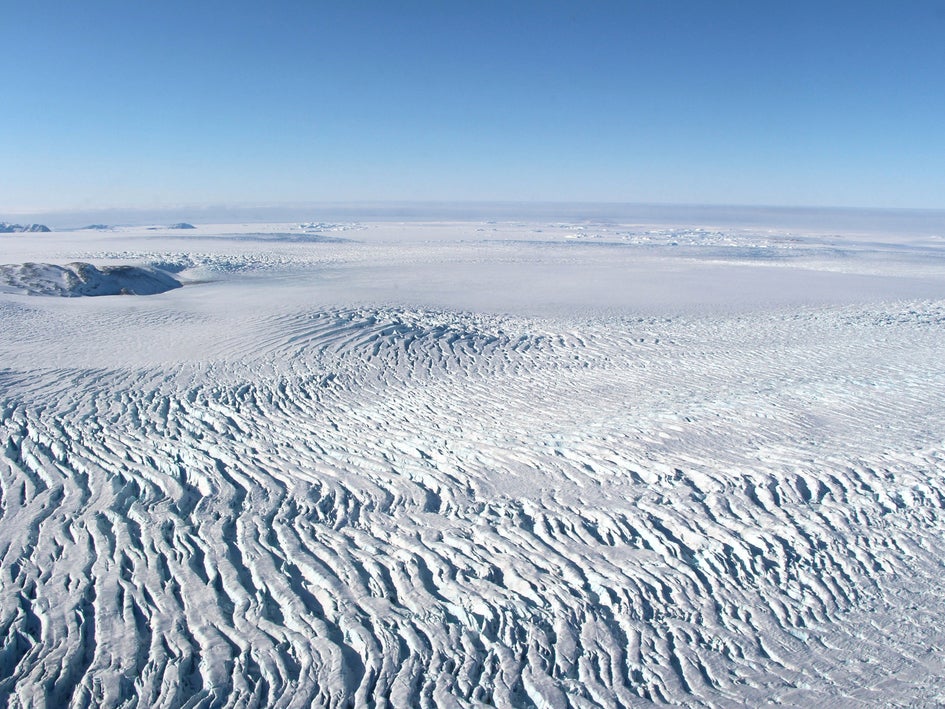 NASA took this image of glaciers near the coast of Melville Bay in west Greenland. Those cracks you see occur because ice accelerates as it flows toward the coast, and the glaciers start stretching apart. Stretching is a natural part of the glacier life cycle, but a recent survey shows Greenland’s glaciers have increased in speed by about 30 percent in the last decade. One theory for the increase in crevasses is, unfortunately, global warming.

NASA’s New Horizons spacecraft took this first-ever picture of Pluto with all its moons–Charon, Hydra, Nix, Kerberos, and Styx. Charon, which is nearly half the size of Pluto at 648 miles wide, blends in with the dwarf planet in the bright blur in the middle. The rest of the moons, however, are teeny and visible in the far right image. “Detecting these tiny moons from a distance of more than 55 million miles is amazing,” said New Horizons principal investigator Alan Stern. 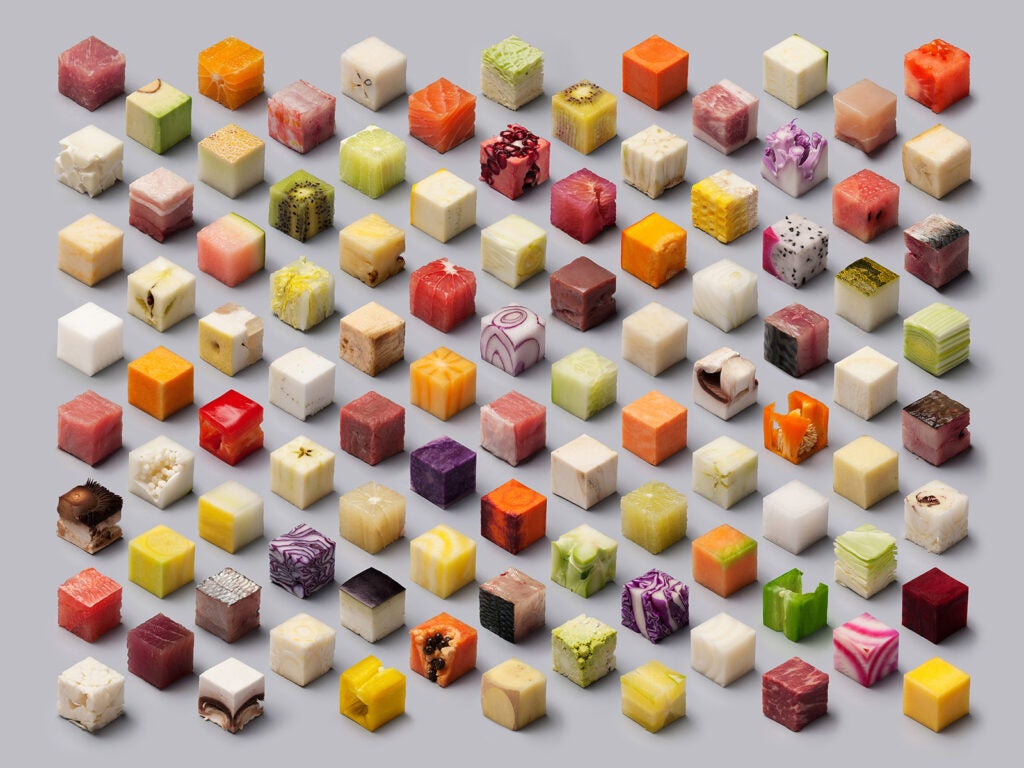 Even though these colorful cubes are actually 2.5-centimeter blocks of unprocessed food, they look far too pretty to eat. Conceptual design studio Lernert & Sandler created this staggered grid of 98 squares for a Dutch newspaper last year. If you have an affinity for perfectly sculpted snacks, you can order a print or a poster of this image on their website for more than $100.
galleries