How will the revolutionary multiplayer video game translate to big screen? 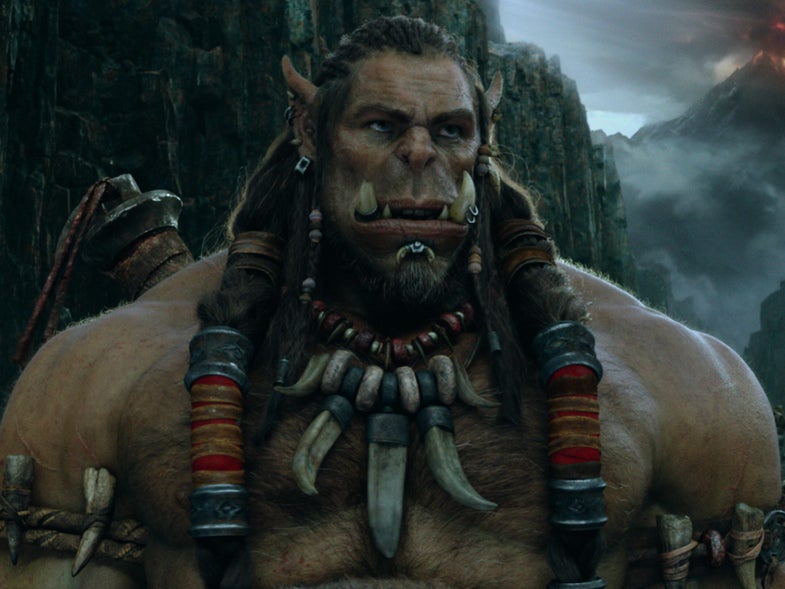 It’s been a decade since we first heard rumblings about a movie adaptation of Warcraft, the seminal fantasy battle video game franchise. Now the first full trailer was finally unveiled at this week’s Blizzcon, where the gaming company Blizzard Entertainment is celebrating the 21st anniversary of Warcraft. And what better way to whip diehards of the revolutionary and genre-defining multiplayer online experience?

Directed by Duncan Jones (David Bowie’s son and director of Moon and Source Code) and starring Ben Foster, Dominic Cooper, and Travis Fimmel, the Warcraft movie does not stray far from the land of Azeroth.

The Dark Portal is still open, and the Horde continues to battle the Alliance for control to ultimately set the fate of civilization.

Other than the inherent excitement of finally seeing the game on the big screen, some of the trailer’s scenes feel like lost footage from Peter Jackson’s Lord of the Rings trilogy, so here’s to hoping for a bit more substance and originality when the flick debuts in June 2016.

It’ll have some steep competition for eyeballs, though — X-Men: Apocalypse opens a few weeks prior, and Jones’ work will also have to contend with Independence Day 2 and Star Trek 3, films that have a (potentially larger and more) rabid fan and will have a nearly limitless marketing push.