Can robot carts compete with Amazon? 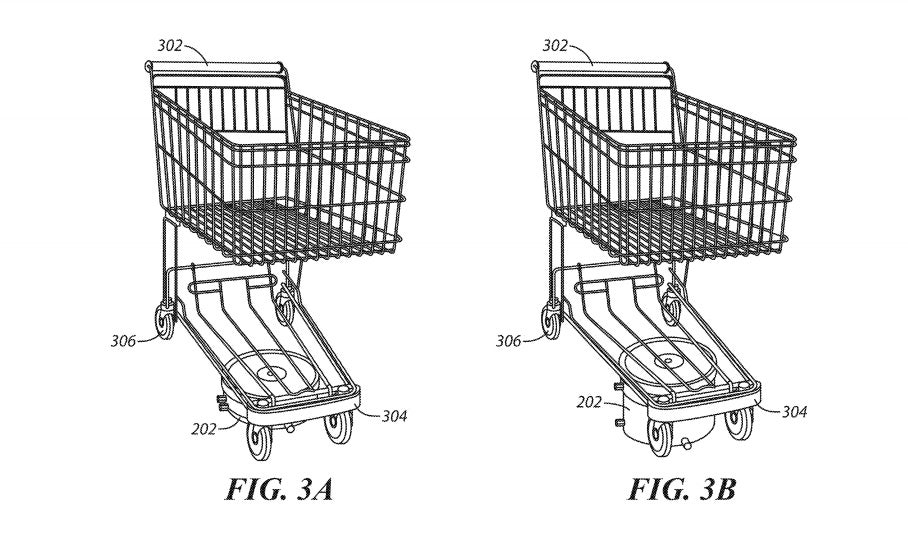 A shopping cart is mostly empty space. At the end of a shopping run, when the cart is brimming with groceries and goods, it becomes fully useful, but it isn’t until that point, and once it’s full, it doesn’t help the person trying to buy two cartfulls of stuff on their own. Walmart, the physical retail giant, doesn’t want people to worry about the inadequacies of carts while shopping. So they filed a patent for a self-driving robot cart.

The patent, filed in March of 2016 and published last week, describes the needs of the shoppers and the stores:

So the robot is a hedge against employee turnover, an efficiency tool, and an explicit protection against customers shopping online. It works, essentially, by putting a Roomba-like robot under the cart, which then drives it about as directed by the shopper. The cart-Roomba is the most obvious physical change needed for this system, but there are others. Some ideas proposed include a separate system of chutes and tracks for the Roomba-like bots, so they can travel around the store as needed to pick up carts or locate other products.

The entire system is, in turn, placed in a sensor-rich world, where central computers track inventory and match customer needs to what’s available in the store for the shopper. It is as though every search function when buying something online at, say, Amazon, is instead done in real time by robots and computers while the customer is at the store. The selection is limited by the physical bounds of the space, so there aren’t as many choices as shopping the entire world online. Instead, if this Walmart patent becomes standard retail technology, customers choosing to buy stuff in person get the immediacy of the purchase, facilitated by a visible robot-cart army. That might just be a good enough trade-off for a more limited selection. Or at least, it will be until the novelty wears off.