How the technology has gone from science-fiction to reality ... and what the future holds 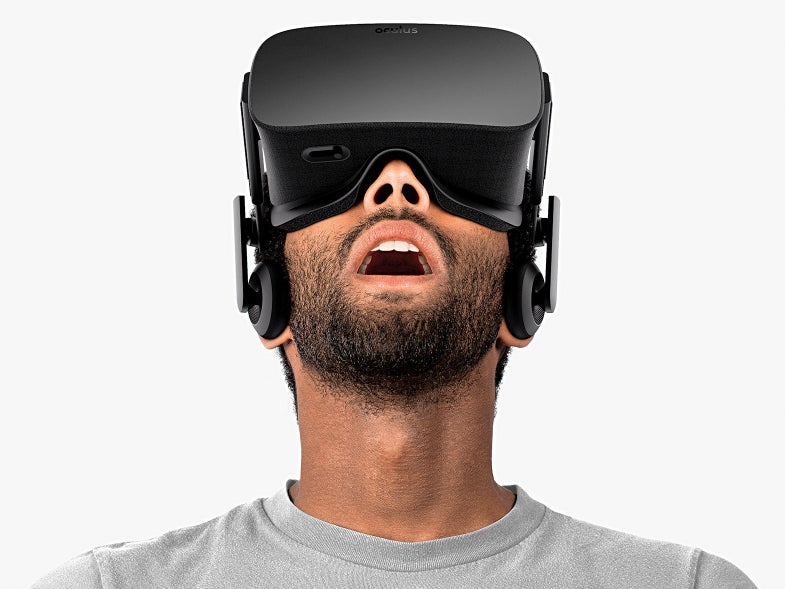 Time’s up, real world. The long-predicted virtual-reality boom has finally arrived. Now anyone with some cardboard and a few lenses can turn an iPhone into a passable VR headset. By 2020, an estimated 38 million more-sophisticated devices—such as the Oculus Rift, which hits shelves this year—will be out in the wild.

Over the past five decades, VR has advanced from its science-fiction roots to a future that, well, sounds pretty sci-fi too.

Morton Heilig—a cinematographer and the father of VR—patents the Sensorama Simulator. The refrigerator-size mini theater comes equipped with a vibrating seat and a wind machine to blast the viewer.

Tom Furness of the U.S. Air Force builds the first immersive VR system, a virtual cockpit with a wide field of view, to improve cockpit design.

Hollywood discovers VR. In The Lawnmower Man, VR causes a woman to go mad and a simpleton to become a genius. In Virtuosity, Denzel Washington enters VR to catch a killer. A critic blasts the latter as “numbingly frantic, in the manner of many videogames.”

To distract burn victims from the excruciating pain of wound care, an immersive VR experience called Snow World helps patients focus instead on tossing virtual snowballs at mammoths and penguins.

Facebook buys Oculus Rift for $2 billion. Mark Zuckerberg calls the display “one of the next most important computing platforms.”

Magic Leap hopes to master “mixed reality.” The VR startup’s light-field displays could eventually enable viewers to interact with both the real world and a virtual object projected on it.

The haptics problem—recreating touch and pressure in VR—could be solved by stimulating nerves with electrodes, building on research into muscle-propelled force feedback at the Hasso Plattner Institute.

Streaming data could allow VR to render any physical location in real time. Office spaces might all go virtual.

Artificial intelligence and VR will dovetail, so people could develop bonds with virtual humans. At least that’s the speculation of Hunter Hoffman, lead designer of Snow World: “The brain is pretty open to buying into that.”

This article was originally published in the January-February 2016 issue of Popular Science.