What happens when you bring an Oculus Rift to Iowa? 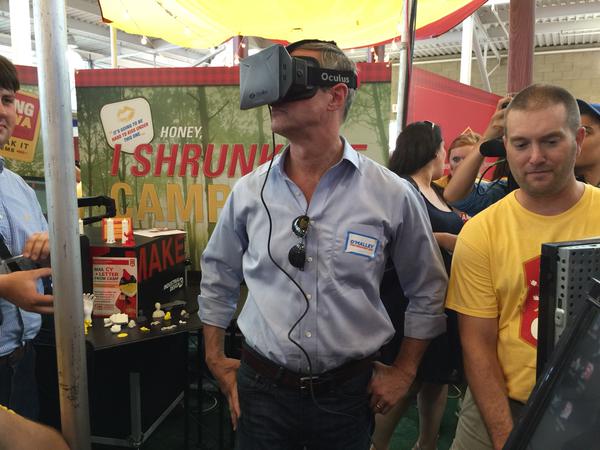 The 2016 presidential election is a little more than a year away, but one candidate took a quick break from policy discussions and hand-shaking to try out virtual reality.

While we don’t think former Maryland Governor Martin O’Malley will be billing himself as the virtual reality candidate (as much as we would love that), the Democratic presidential hopeful took a few moments at the Iowa State Fair today to try Iowa State University’s VR experience.

Iowa State University’s Forward Learning Experience (FLEx) is a mobile classroom for technological outreach, according to a representative from ISU, and it was likely that O’Malley was “riding” a virtual rollercoaster on the Oculus Rift VR headset. The project was developed between the university’s College of Design and College of Engineering.

Luckily, NBC producer Frank Thorp V caught the moment, or else we never would have seen the moment virtual reality entered the 2016 race for the White House.