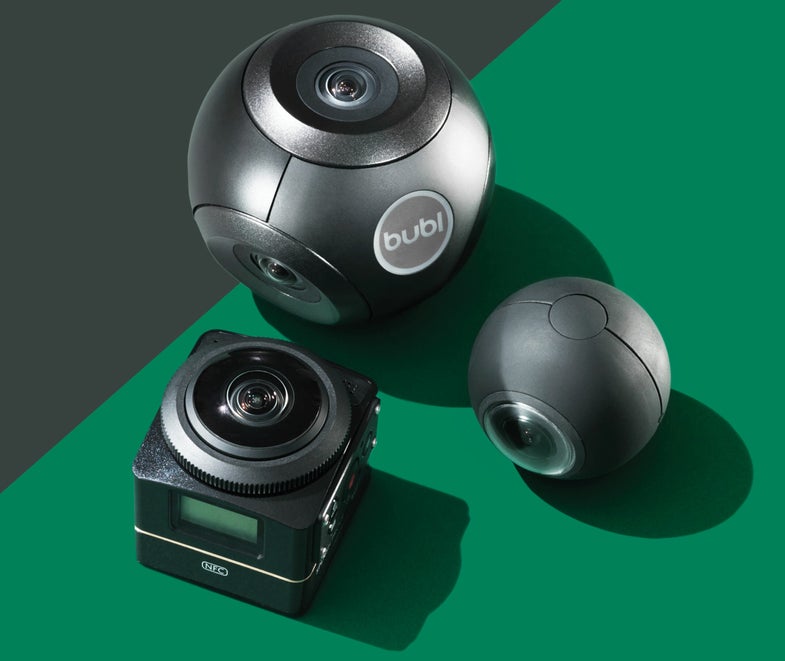 Stop being so one-directional. Today, a raft of new 360-degree cams provide the most immersive video you can get—short of putting on a virtual-reality device. Compact and light, they can capture people, places, and action anywhere. Here are the best options for shooting around.

The Pixpro makes Kodak moments a lot more momentous. The camera’s app lets you use your iPhone or Android device as a viewfinder or to pause recording. And you don’t have to worry about already-shot video clogging your memory. Support for expandable storage via microSD cards ensures you have the space you need for the shot you want.

Billed as the world’s smallest 360-degree camera, this black ball looks like the eye of a robot. A waterproof body and scratch-proof lens means it can survive any situation you throw it in. Wireless data transfer and inductive charging means less time plugging in cables.

The Bublcam’s Xplor mobile app allows for previewing, stitching (to enable playback), and sharing, right on your smartphone. That’s a much-needed portable solution for road warriors everywhere. Android and iPhone users can view their videos in VR with the help of Google Cardboard.

This article was originally published in the March/April 2016 issue of Popular Science, under the title “Video That Turns Heads.”