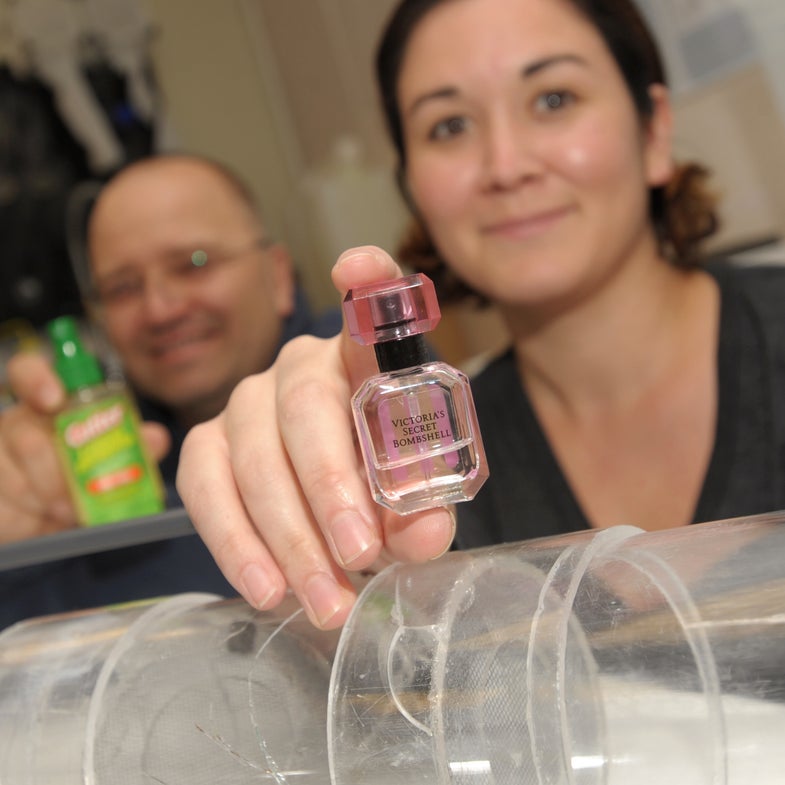 Because mosquitoes carry diseases like malaria and dengue fever, and irritate us, humans do a lot to avoid them. In most places people have to fend for themselves against the pests by sleeping under mosquito nets or using repellant. A number of new repellant formulas have hit the market in recent years, many with questionable efficacy. Researchers at New Mexico State University decided to compare the effectiveness of different repellants and perfumes, according to a study published recently in the Journal of Insect Science. 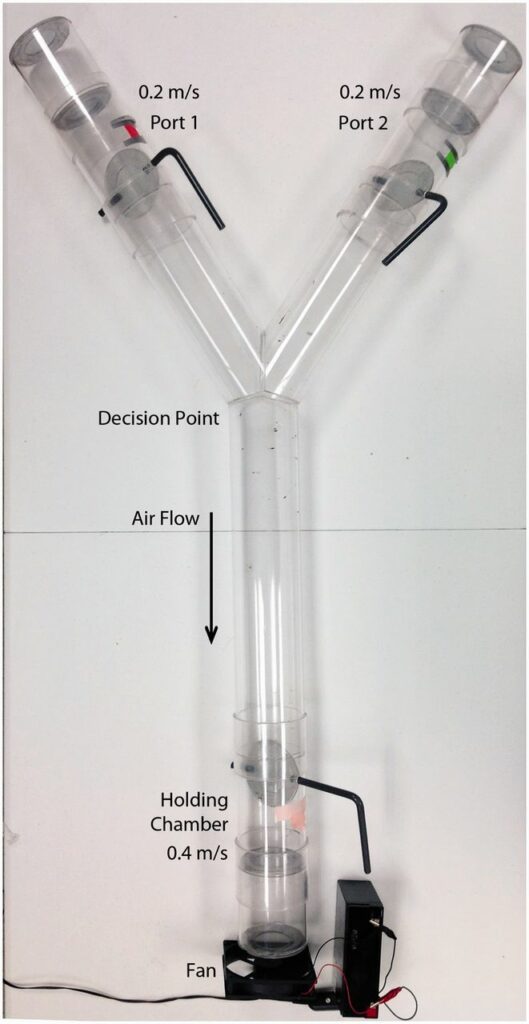 The Y-shaped tube used in the study.

The researchers tested eight commercially available repellants, two fragrances, and a vitamin B patch that reportedly keeps the mosquitoes at bay, on two different species of disease-carrying mosquitoes. To test the efficacy of each, the researchers put a mosquito at the long end of a Y-shaped plastic tube. One of the researchers who is particularly attractive to mosquitoes placed her two hands at the ends of both forked tubes—one hand was untreated, the other treated with the chemical being tested. If the mosquito avoided the tube with the treated hand by staying still or moving towards the untreated hand, the researchers determined that the repellant worked.

The researchers found that, among repellants, those that contained the tried-and-true ingredient DEET were most effective in warding off the mosquitoes. A few others, such as Cutter Lemon Eucalyptus Insect Repellent, worked almost as well, while most of them (including the vitamin patch) didn’t make any difference.

That overturned the previous understanding about how mosquitoes interpret scents. “There was some previous literature that said fruity, floral scents attracted mosquitoes, and to not wear those,” said Stacy Rodriguez, a research assistant involved in the study, said in a statement. “It was interesting to see that the mosquitoes weren’t actually attracted to the person that was wearing the Victoria’s Secret perfume – they were repelled by it.”

The takeaway for the researchers is that the repellants with DEET were as a whole more effective than those without, which is useful information to consumers. They don’t speculate as to why the fragrances might have worked so well. But since each bottle of Victoria’s Secret perfume costs $52, you might be better off buying the DEET to keep mosquitoes away.