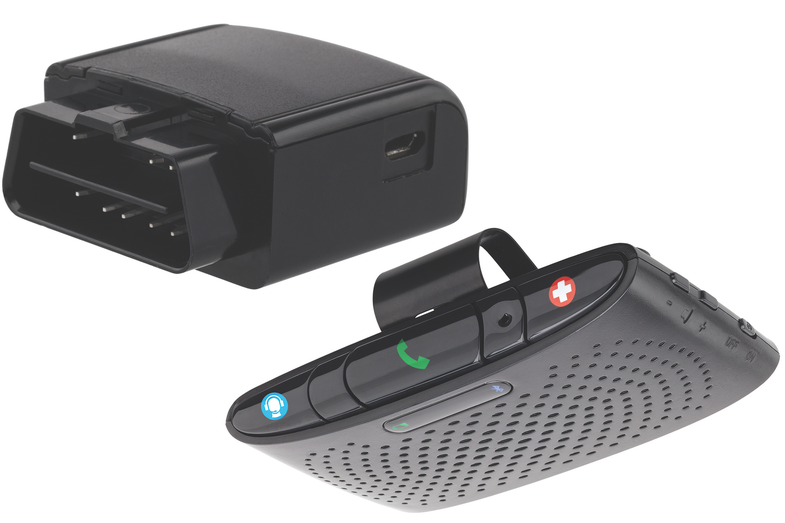 If you’ve found yourself envious of the OnStar service in your GM-driving friends’ cars, you may soon have an aftermarket option in the form of Verizon Vehicle. The wireless carrier announced its new service at the Detroit Auto Show this week, and it’s targeting a release in the spring.

Like OnStar, Verizon Vehicle will provide roadside assistance with GPS-based location, a way to alert the service in case of an accident, vehicle diagnostics, locating a stolen vehicle, and more. What sets Verizon Vehicle apart from OnStar is that it works on any car. Verizon Vehicle consists of a dongle that plugs into your car’s OBD-II port—which is on pretty much every gas-powered car since 1996—and communicates with a visor-mounted Bluetooth speakerphone, that includes an emergency assistance button. Naturally, the whole system is connected to Verizon’s cell network (as is, it turns out, OnStar itself), but you won’t need to be an existing Verizon Wireless customer. An Android or iOS app will communicate with the system, which will let you easily find where you park, view your gas efficiency, and more.

While it should first start rolling out around April 10, it won’t hit wide release until later in the year. You can pre-order it now, though it requires a two-year contract that’ll cost you $14.99 per month (ordering now gets the first month’s fee waived). Then again, how much is too much for peace of mind?