A wireless payment system to rule them all 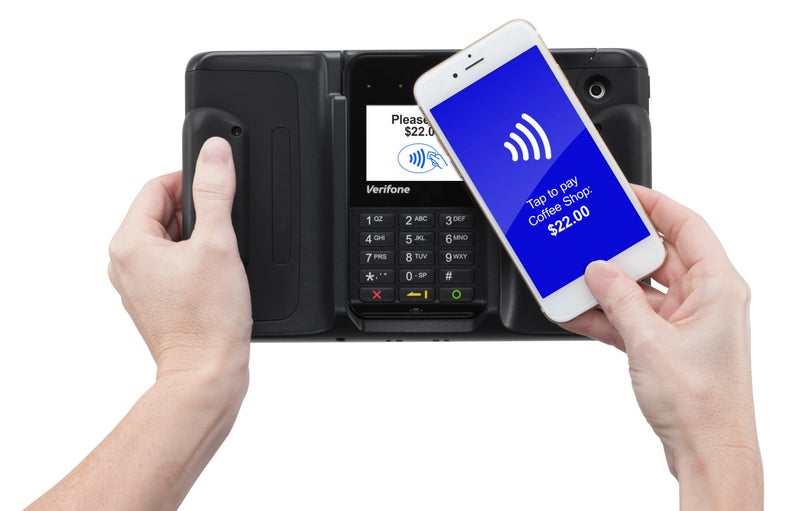 Wireless payments are picking up, but there’s one sector that’s lagging behind: restaurants. Right now, you usually still have to follow that cumbersome multistep process of getting a bill, giving the server your credit card, and then waiting to get the receipt back before you add the tip and sign it.

If you’ve ever eaten at a restaurant overseas or in Canada, you’ve likely experienced a far better system: the server brings a little handheld device to your table, where you can swipe your card (or plug it in, if your card supports the EMV chip system), choose your tip, and sign or enter a PIN, all without your card ever leaving your hand.

Starting later this summer, Verifone’s new new mobile point-of-sale terminal aims to make that simplified process more prominent in the U.S. The PAYware Mobile e355 also brings compatibility with multiple payment standards, including Apple Pay and Google Wallet, as well as other systems based on near field communications. In addition, it supports Bluetooth, USB, Wi-Fi, barcode scanning, traditional magnetic stripes, and EMV. If you’re keeping score at home, that’s pretty much every way you can pay for something (short of cash and, perhaps, Bitcoin). Verifone’s reader is designed to work with phones running Android, iOS, and Windows Phone, which covers most of the market. (Sorry, BlackBerry users!)

This is a big advantage for merchants, since it means that they only need to invest in one point-of-sale terminal to handle all potential forms of payment. Verifone is one of the biggest makers of payment terminals—as of 2013, they held 51.5 percent of the U.S. market—and while not all merchants will immediately upgrade their infrastructure, many of them will be incentivized to do so when U.S. law shifts fraud liability to merchants not supporting the new chip-and-PIN standard later this year. If Verifone’s push faces any serious competition, it’s from services like reservation site OpenTable, which are starting to work with restaurants to let you pay directly from your table.

But, either way, the real winner here will probably be consumers. For one thing, wireless standards like Apple Pay aim to provide greater security: rather than transmitting your credit card information, they send encrypted one-time-use numbers to payment processors, meaning that there are fewer places where your real information is stored—and thus, fewer places that it can be stolen from. Verifone’s device aims for something similar using the company’s Secure Commerce Architecture, which also skips over storing information with the merchant, and rather transmits it directly and securely to the payment processor such as Visa or MasterCard. While that may not completely eliminate credit card fraud, it ought to go a long way to slowing down large-scale data thefts like the kinds we’ve seen at Target and Home Depot.

And, most importantly, it avoids that awkward moment when you discover you’ve accidentally left your wallet at home.