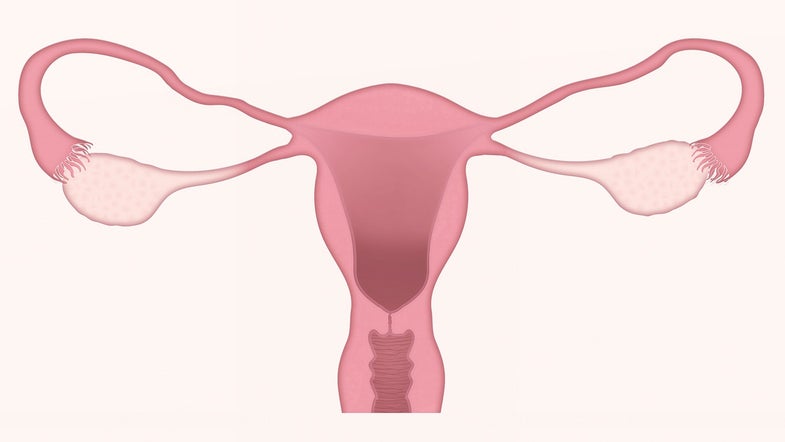 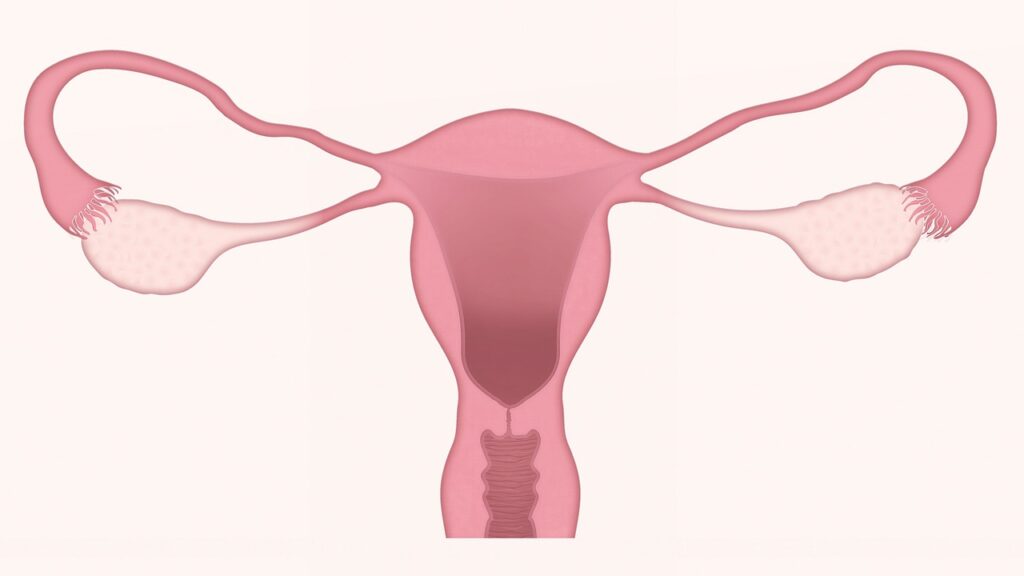 Anatomy refresher: The uterus is the organ in the center of this image, while the ovaries are connected to the fallopian tubes and branch off the uterus on either side.