Our little (horticultural) hideaway beneath the waves 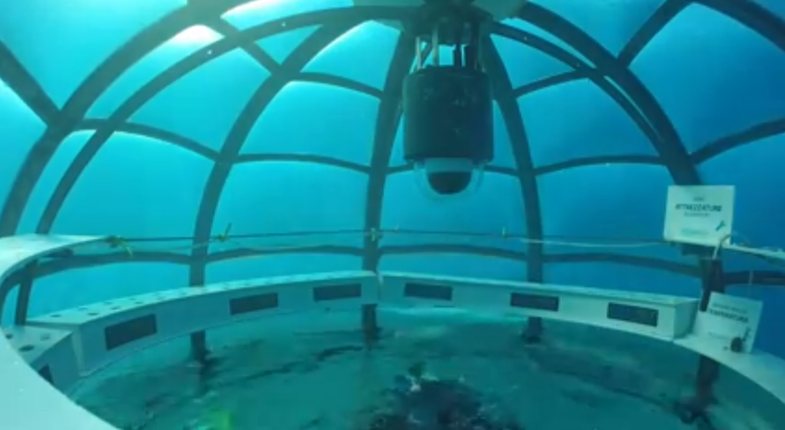 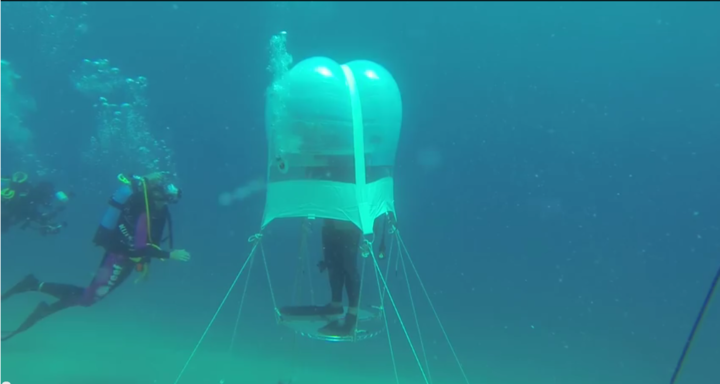 An underwater greenhouse in the Nemo’s Garden project.

There actually is an octopus in this garden.

For the past few years, from May-September, a few small transparent enclosures pop up on the seafloor off the coast of Italy.

The structures are underwater greenhouses, anchored 20 feet below the surface of the water, filled with air and small amounts of crops. Unlike land-based gardens, there are no pests—the only animals seen in this garden are some seahorses, crabs, and, yes, octopuses.

“I try to do something that’s a little different and to show the beauty of the ocean,” the greenhouse’s inventor Sergio Gamberini told the Washington Post. “I hope to do something for the young people and to inspire new dreams.”

This particular iteration of the greenhouses is called Nemo’s Garden, part of the 2015 Expo in Milan, a huge gathering of representatives from different nations all focused on one question: how to feed the world sustainably in the future.

Gamberini and his family, who own a diving equipment company called Ocean Reef Group, hold a patent on the design of the greenhouses, which they are slowly perfecting. They hope that one day, their technology, which keeps plants at near-constant temperatures and humidity, could be a viable option for areas of the world without much arable land.

In the meantime, the crops of basil, beans, and strawberries have been too small for anything more than large bowls of pesto. But that sounds good too.