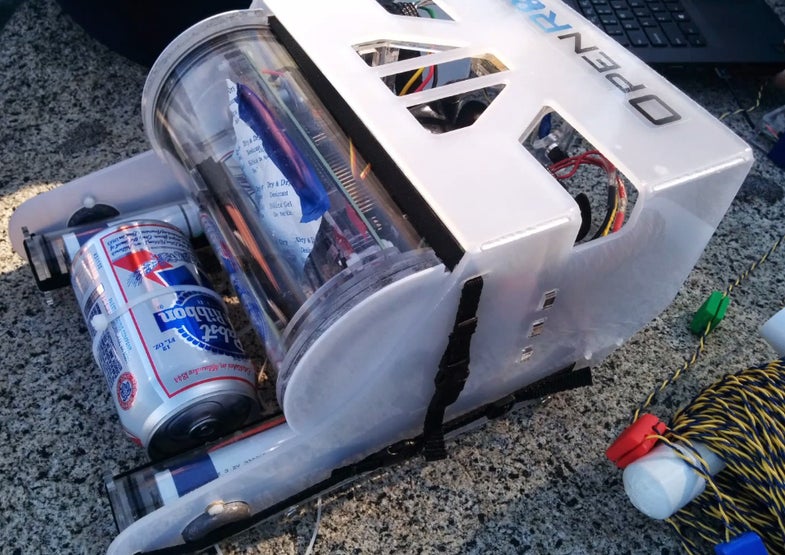 Alcohol delivered by robots has been a dream of humans since as long as there were robots. (Given enough alcohol, it was probably even a dream before robots existed.) Swimming beneath Lake Tahoe, an open-source remotely operated vehicle delivered its precious PBR contents to a bearded young adult, whose hand reached below the surface to retrieve his intoxicating combo.

Previous attempts at robotic beer delivery often involved flying drones. In the United States, FAA rules against the unauthorized commercial use of drones. That thwarts any practical plans for flying bartenders, though beer drones do still make a great gimmick ad.

The FAA’s restrictions on unmanned vehicles only apply to those in the air, so Tahoe’s beer-drinking robot pilots don’t have to worry about those regulations. The robot in question is made by OpenROV, that got its start on kickstarter. There are other purposes for such a robot than delivering a beer to a boat in a lake, but few as refreshing.

Watch the delivery, filmed by the robot itself, below: