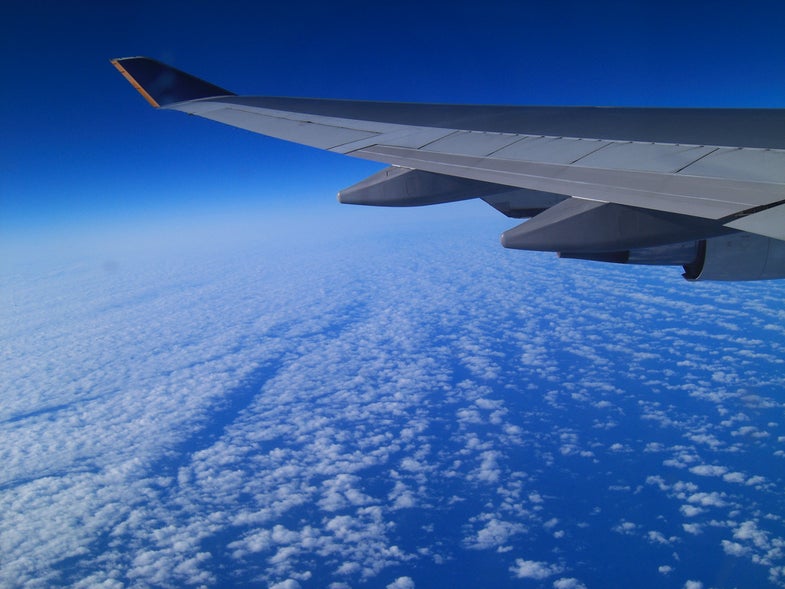 It’s easy to forget, in our world of ever-present GPS directions, that it’s still possible to get lost on this little planet. Then the ocean swallows an entire airliner, and then it does it again, and the world suddenly seems vast and unknowable again. Fortunately, technology exists that can track planes, and not just as hypothetical future designs. Today, the United Nations set aside a small part of the radio spectrum for better tracking of airplanes from space.

Previously, airplanes were tracked by both the radar signals they sent out, and by passive transponder responses to radar signals they receive. This is a great system for tracking airplanes over ground and near radar stations, but doesn’t do much for airplanes flying over oceans, which cover about 71 percent of the Earth’s surface.

To track planes over the ocean, it’d help if they could send signals to and receive signals from satellites, which aren’t bound by the limitations of ground radar. The technology for planes to communicate with satellites like they do with radar stations already exists. Using a special ADS-B transmitter (ADS-B stands for automatic dependent surveillance-broadcast), planes could transmit their GPS coordinates not to ground stations but to satellites in space. Today’s UN deal sets aside the 1087.7-1092.3 MHz radio frequency so planes can use these transponders. Some planes are already equipped with these transponders, and more may soon follow.

Implementation is expected in 2017, which leaves only a couple of years for airplanes to get lost at sea the normal way. After that, planes looking to disappear will have to resort to black holes and science fiction.