And the rockets' red glare... 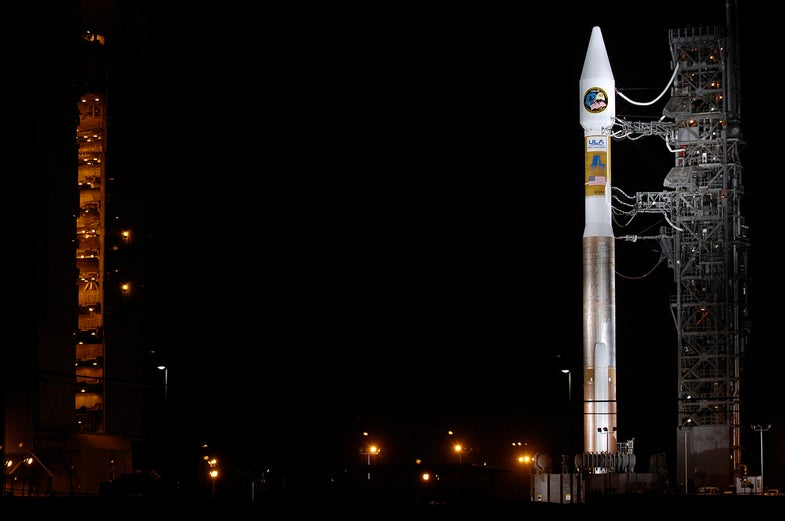 For years, the United Launch Alliance—a joint venture between Boeing and Lockheed Martin—provided the U.S. Air Force’s only way of getting satellites into orbit. After a lot of contention, SpaceX broke up that monopoly in May of this year, when the company got permission to start launching national security payloads. Now, it seems ULA can’t compete with SpaceX.

ULA’s Atlas V launch vehicle relies on Russian engines to get off the ground. Last year those RD-180 engines were banned by Congress from launches involving military and spy satellites, after Russia invaded Crimea, adding even more tension to the U.S.’s already fraught relationship with the former USSR.

Although ULA is working on a replacement for the RD-180, its BE-4 is not likely to be ready for the launchpad until 2019 at the earliest. ULA is seeking an exemption from the ban so that they can continue doing business in the meantime. Reuters reports that a decision is expected “fairly soon”.

If the Defense Department doesn’t make an exemption to the restrictions, ULA won’t be able to make a bid on a new launch contract to send a GPS satellite into space. If ULA wins its exemption, this will be the first competition for a large military satellite launch contract since 2006.

It seems likely ULA will get its exemption, as the Air Force is suddenly concerned about fostering competition and having a back-up provider. Reuters quotes Defense Undersecretary Frank Kendall: