Party Up mode allows for more than 50. Way more. 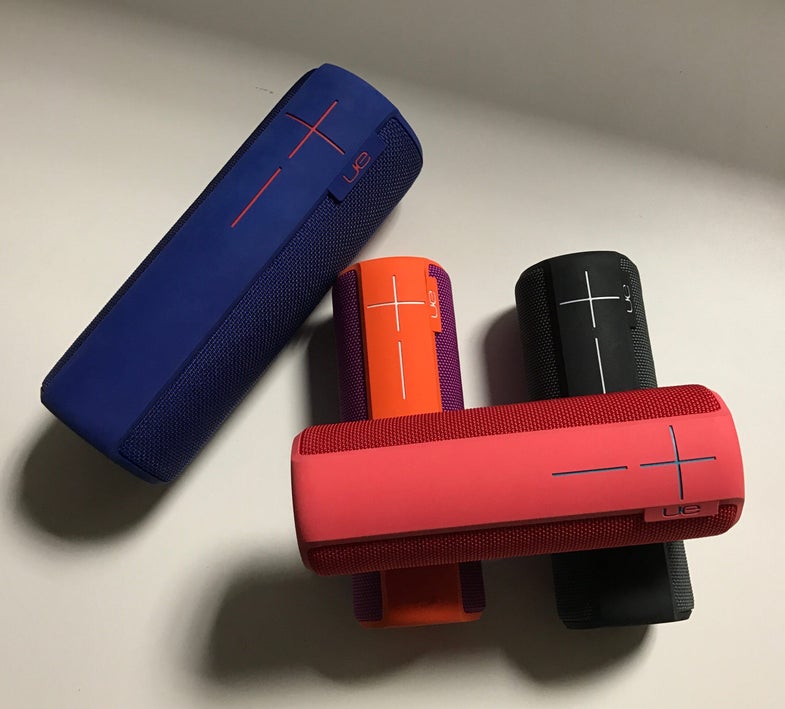 Ultimate Ears UE Boom bluetooth speakers offers similar functionality to every other one out there: playing music wirelessly. But has always shipped with an added feature: being able to connect another UE Boom speaker and play the same song over the two units. Now the Logitech-owned company wants to take things further.

Ultimate Ears will change their Double Up mode to Party Up in the latest app update for iOS and Android. Instead of joining together two speakers to play the same tunes simultaneously, the UE Boom app will allow you to combine 50 or more speakers. The company advertises the Party Up feature as supporting “more than 50,” according to a press release, claiming to have connected over 100 at once. The numerous amount of UE Boom speakers conveniently coincides the company’s Party Pack option of purchasing the speakers–offered in groups of 2, 5 and 10.

in addition to the new Party Up feature, the app update brings a new paint job to the UE app user interface. instead of showing every speaker connected in its entirety, smaller bubbles represent connected UE Boom units. While the Ultimate Ears’ app for the MegaBoom connects specifically to the larger speaker of the same name, users can mix together connecting the regular UE Boom and larger Mega Boom speaker.

The UE Boom series of speakers has seen some useful updates over the course of its lifetime. The UE Boom 2 speaker brought proper dust and waterproofing to the bluetooth stereo. The IPX7 rating means you can leave it submerged for 30 minutes in waters one meter deep. The Mega Boom offers deeper bass and louder sound out of a larger, similarly shaped body. The UE Boom series has seen artists like Greg “Craola” Simkins and graffiti artist INSA create patterns for the outside of the speaker’s mesh.

Ultimate Ears’ app update can be found on the Apple and Google app stores.