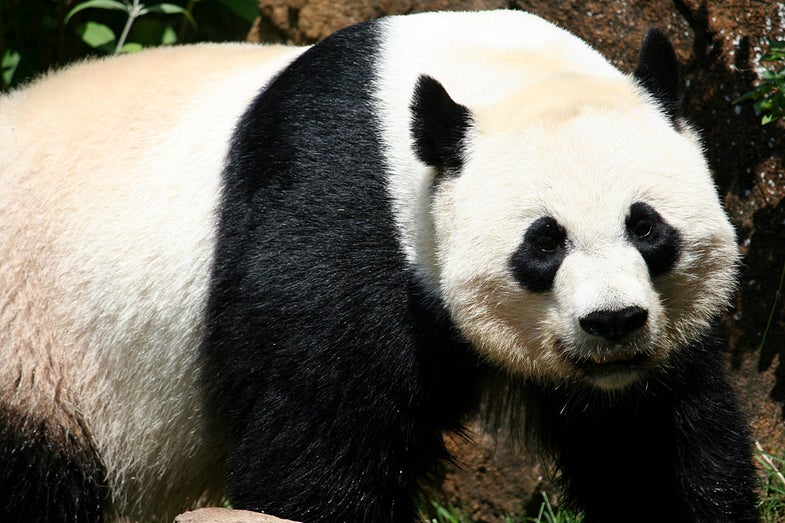 When it was born, the cub weighed just 86.3 grams, or less than a stick of butter. It was 1,256 times smaller than its mother, who currently weighs 238 pounds. Raising twin cubs is a challenge for giant pandas, who generally are only equipped to care for a single infant at a time. The zookeepers tried to keep both panda cubs alive and healthy by giving both equal time with Mei Xiang. They left one with her, and cared for the other in an incubator, and then switched the two.

Yesterday, the zoo announced that Mei Xiang was refusing to give up the larger cub, leaving the smaller cub to the care of a dedicated team of professionals. The team was eventually able to make a switch earlier today. But when the team switched the smaller one back into an incubator earlier this afternoon, the smaller cub’s weight continued to fluctuate, and the veterinary staff noticed it was having respiratory problems. It eventually died just after 2 pm today.

The larger of the two cubs is robust and thriving.