What it would actually take to get to Mars by 2020 You can see the atmosphere above Mars' surface—it's the translucent arc above the solid ground. That thin layer is all that's protecting astronauts from radiation, much less than the barriers surrounding Earth. NASA/Viking 1
SHARE

Today, during a phone call with astronaut Peggy Whitson on the International Space Station, President Trump joked that he hoped NASA would land astronauts on Mars by the end of his first term in 2020.

Obviously, this timeline is completely unreasonable for an agency that’s already running behind on its plan to get to Mars by the 2030s. Getting to Mars is going to be incredibly difficult, with a lot of moving pieces that all need to fit together seamlessly.

Here’s a to-do list of just some of the things NASA would need to get done by 2020: 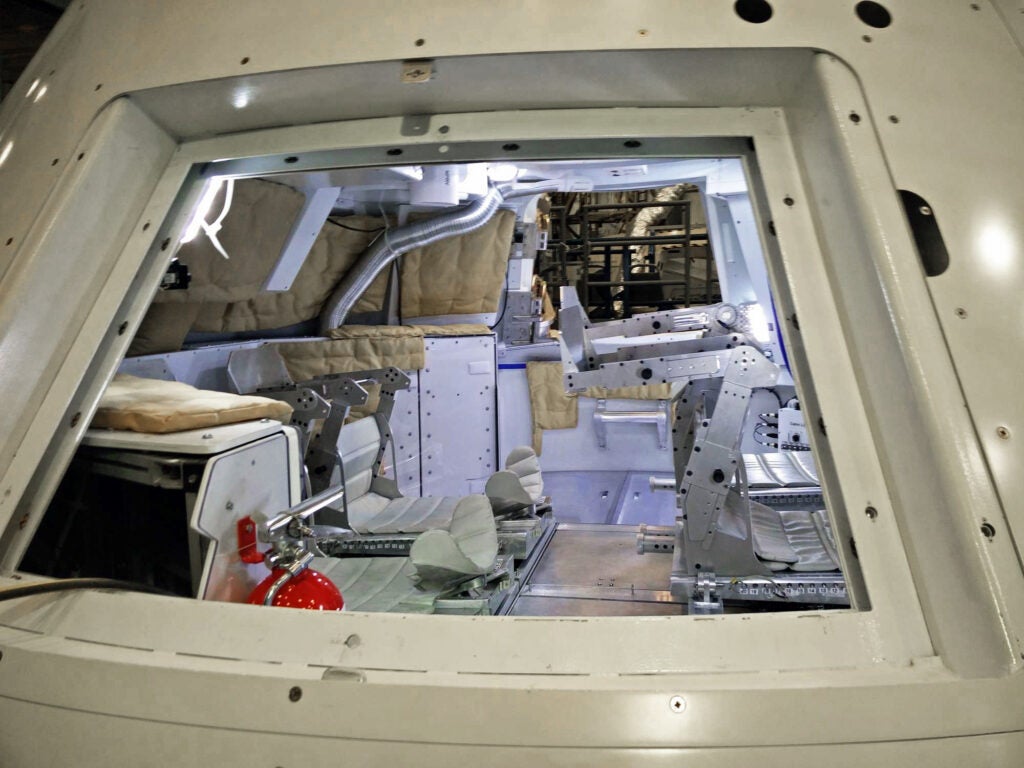 Inside the Orion capsule

We’re going to need a bigger spacecraft for the ride to Mars.

4. Feed astronauts. Vicky Kloeris, who feeds the astronauts on the International Space Station, told us that it’s not so easy to design food for Mars. There’s evidence that deep space radiation will degrade the food, making it not only yucky but also less nutritious.

5. Develop faster comms. Depending on how the planets line up, it can take a signal up to 24 minutes to travel between Earth and Mars. That’s simply too long to wait if you’ve got astronauts awaiting instructions or dealing with an emergency.

6. Realign stars. Earth and Mars revolve around the sun at different speeds, so sometimes Mars is closer or farther from us depending on how the planets align. NASA likes to launch missions around the time that Mars is closest to us. Those dates are coming up in July 2018 and October 2020. So if we want to get to Mars before the next presidential election, we’d best be packed and ready to go by the middle of next year. No problem!

7. Figure out escape plan. The president didn’t say anything about bringing our Mars explorers home afterwards, but if we want our astronauts to return, we’ll have to send a getaway vehicle that can carry them from the surface of Mars back to their deep space RV. This would probably be a specially designed Mars Ascent Vehicle with a full fuel tank. We don’t have a design for it yet, but no big deal—designing rockets is totally cheap and easy and fast.

8. Win lottery. Getting to Mars is going to be tough even if we take it slow. NASA’s plan is to invest a few billion dollars per year over the next few decades. But according to some estimates, the journey to Mars could cost up to $2 trillion. Compare that to NASA’s annual budget, which is about $19 billion dollars. And, quite frankly, all the money in the world wouldn’t be able to buy them enough time to complete the research that’s needed to make sure our astronauts get there in one piece by 2020.

The journey to Mars could be one of humankind’s greatest achievements. Or, if done poorly, it could be one of American spaceflight’s grandest tragedies. It’s important to set realistic expectations about the danger and difficulty of this mission.

NASA, for its part, just seems happy get some support from the new president.

“NASA is gratified to have such strong support and enthusiasm from President Trump,” NASA Public Affairs Officer Jim Wilson told Popular Science. “We look forward to continuing to work closely with the President and Congress on achieving our human exploration goals.”