A Trippy View Inside Earth’s Mantle

This 3D model could help us prepare for earthquakes 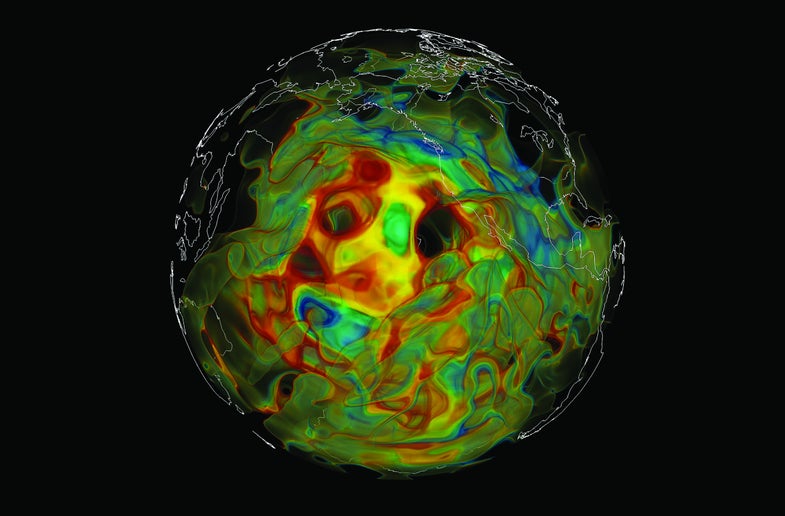 “Suppose you want to build a structure in Los Angeles,” says Princeton University geophysicist Jeroen Tromp. “We can precisely simulate the kind of ground motions it might be subjected to and make informed decisions about building materials.”