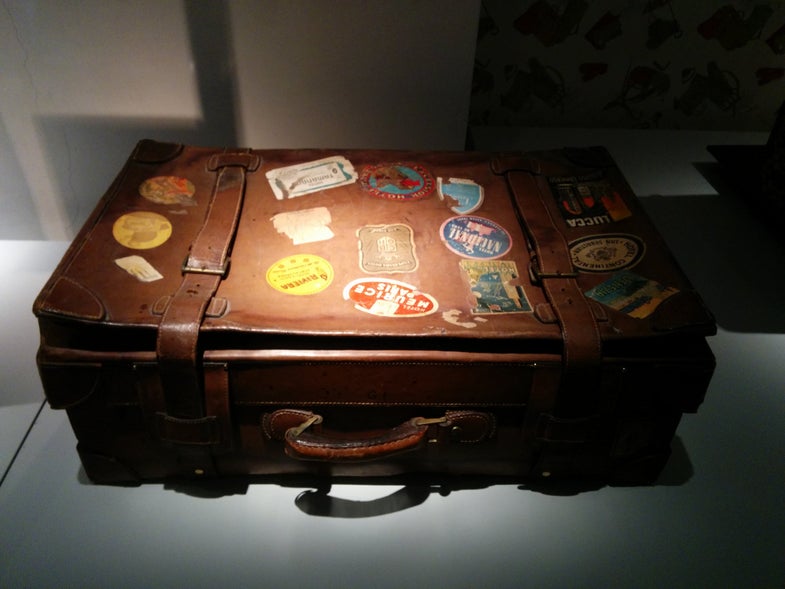 While vacationing this summer, it’s possible you’ll be bringing back more than just souvenirs. New Scientist reports on a presentation at the American Society for Microbiology annual meeting that found a small group of travelers picked up new genes that made them resistant to some antibiotics, just two days after they arrived in a new location.

Previously, research has shown that antibiotic resistance genes show up in travelers once they’ve returned home from a trip. But the scientists at Maastricht University wanted to find out how long it takes for those genes to show up.

So they conducted a study with seven people who were traveling from the Netherlands to China, India, Canada, South Korea, or the Philippines. Every day, they took stool samples and hand swabs from the study participants.

The researchers found that it only took two days to pick up these antibiotic resistance genes, and that those genes can remain in the travelers’ system for at one month after returning home. ​In some cases, such genes could potentially be a problem, if a person is suffering health problems that need to be treated with antibiotic drugs, and there’s no alternative treatment available. Though, none of the participants were reported to have any negative effects due to the new genes.

The type of resistance changed depending on where people traveled. The traveler who visited India, for example developed the gene for resistance to quinolone, which is overprescribed in the country.

Why this is happening isn’t totally known, but Petra Wolff, who presented the results, told New Scientist that it could be due native bacteria that hide in local food and water that travelers consume. Next she hopes to determine whether this resistance can travel to friends and family once the vacationer returns home.