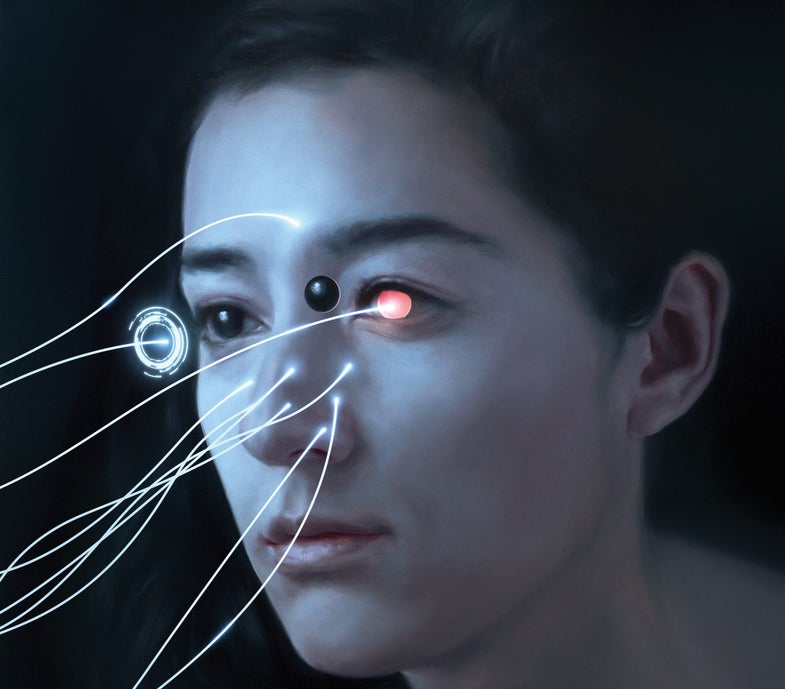 “Ready? Just look straight ahead. Remember, you have nothing to be ashamed of.”

I nodded. My heart was hammering, my too-small, too-narrow palms sweating.

I was ready to get out of the rehab facility, yes, but I wasn’t sure I was ready for people’s reactions. I understood their disgust because I’d felt it myself—right up to the moment I was given the choice: a transplant or the morgue. When you’re faced with that choice, suddenly the transplant doesn’t seem so horrible.

Eventually you’ll relearn how to move naturally enough that you can pass, my counselor had told me. The real trick is hiding the scars. Scarves are a dead giveaway. No one wears a scarf who isn’t trying to hide scars.

I took a few wobbly, disembodied steps into bright sunlight. People were holding signs that said I was an abomination, that death with dignity was better than being Frankenstein’s monster.

A woman was waiting by the van. My heart leaped, thinking Sangita, my wife of 36 years, had had a change of heart. This woman was much younger, though, and I recognized her from news photos: Portia Langley, my body donor’s widow.

People were holding signs that said I was an abomination, that death with dignity was better than being Frankenstein’s monster.

I lurched toward her like the monster the protesters said I was. When I reached her, Portia took my hand. She turned it over, studying it, struggling to hold back tears.

I nodded. It was the least I could do, after what her husband had given me.

I climbed into the van, suddenly feeling light as a feather, and waved to the protesters as we drove off. A laugh of pure joy escaped me. I recognized my voice, because the vocal cords were mine.

Will McIntosh is the Hugo-award winning author of Defenders.