Concept Art: A Train Powered By The Tides 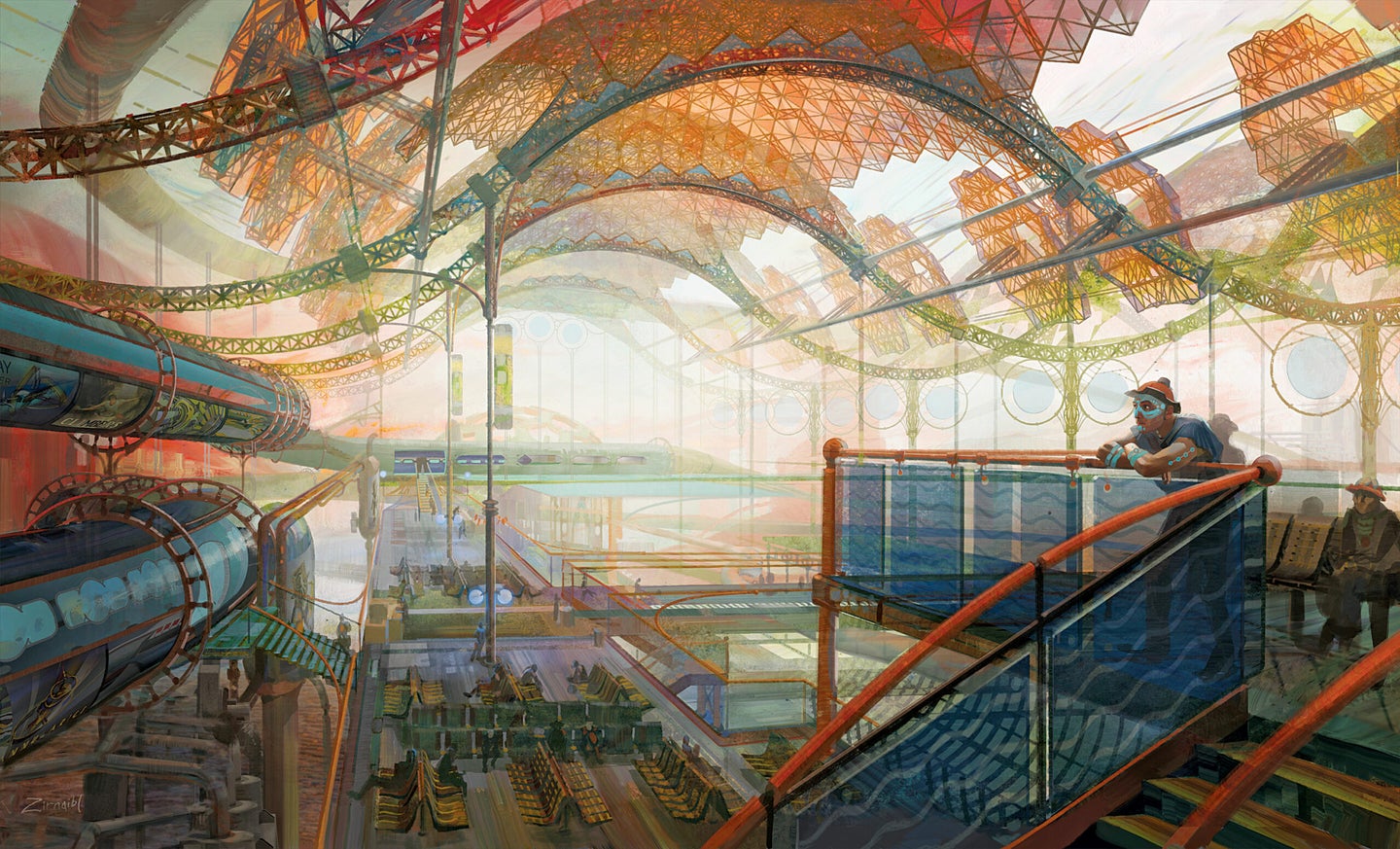 Though this world might be unrecog­nizable, the scene it portrays is familiar: A traveler waits for a train. Except here, the trains are powered not by diesel fuel, but by tides. Artist Kirsten Zirngibl, who used digital art software to create this image, was inspired by one of Jupiter’s large moons, Europ­a—which, due to its proximity to the massive gas giant, experiences tidal forces extreme enough to melt the ice on its surface.

In Zirngibl’s vision, the technology harnesses the tides’ push and pull, and uses the power to propel small passenger trains through tubes—a kind of mashup of Elon Musk’s Hyperloop and a surfboard.

In much of her work, Zirngibl incorporates advances in science and engineering, projecting them forward into the distant, but still foreseeable, future. To construct her elaborate pieces, Zirngibl thinks first on paper, creating a web of descriptions and diagrams that build on one another until, she says, ideas fill the notebook like cells in a Petri dish. The results are images that are more than illustrations—each is a rich, technologically plausible universe.

Dispatch from the Future is a series that imagines–through words and images–how humanity will live in the decades and centuries to come.