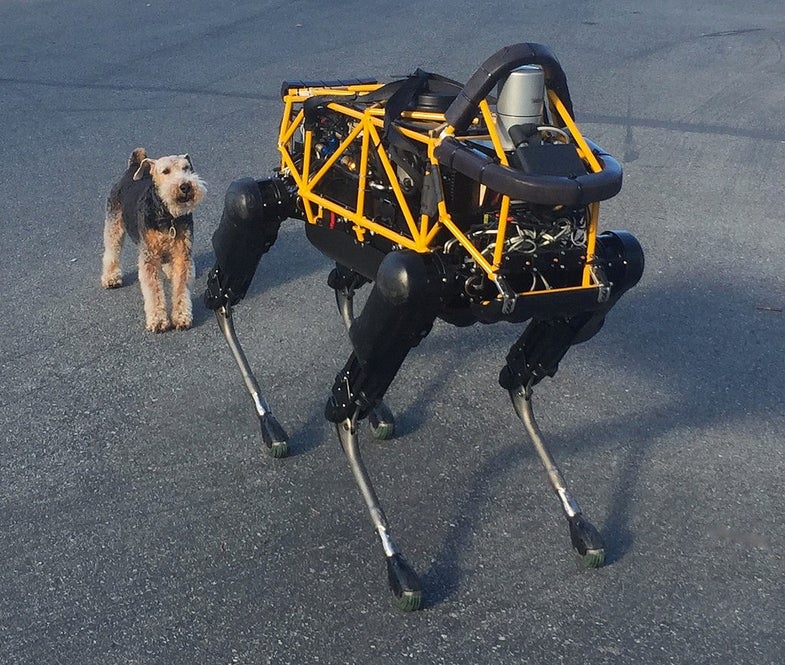 Boston Dynamics’ robots are at their best on shaky ground. The wobbly BigDog, its larger LS3 sibling, and the humanoid Atlas all shamble forward and recover from falls. The company, for sale by its owner Google, is now looking for a buyer, and now it appears they may have finally found a firm place to land: Toyota.

Google was never really enthused about the robots, and after video of researchers knocking over the Atlas robot in testing circulated the web, the internet giant made moves to sell the robot-makers. The tests may have appeared cruel, especially given the humanoid nature of the robot, but were vital to see if the machine could get back up again after a fall (it can).

Another reason for the timing of the sale may have to do with the LS3, or legged support system. Designed as a robot mule for the Marines, the LS3 could carry up to 400 pounds over rough terrain. It just couldn’t do it quietly, and after years of development for the military, the Corps decided against moving forward with a purchase.

Not having a deliverable product right from the start is fine for a robotics research lab, and it looks like that’s what they’ll be with Toyota. And Toyota, unlike Google, seems invested in the idea of robotics writ large. Assuming the deal goes through, it should be good for both companies, and then only a matter of time before we see discounted BigDogs in the Middle East with guns strapped to their backs.