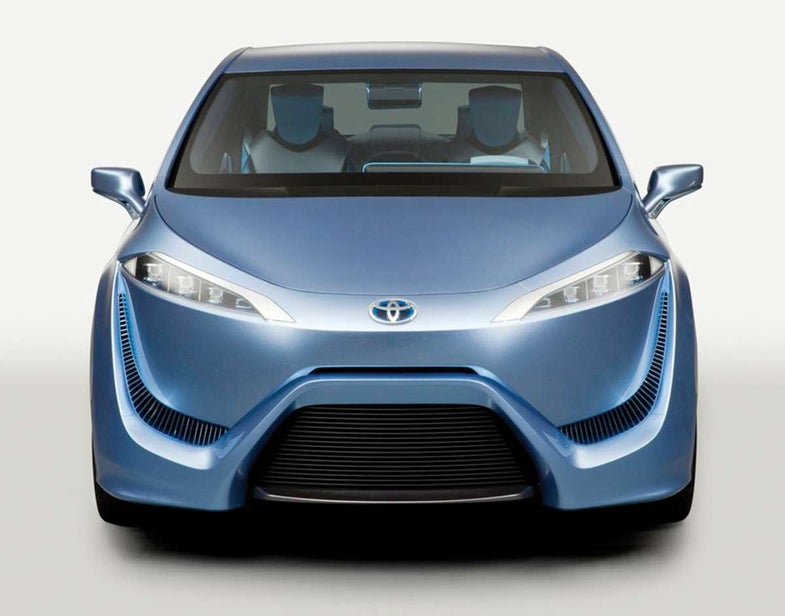 Hydrogen fuel cells are no longer science fiction. Toyota's rolling out production FCVs in Japan early next year and in the U.S. in late 2015. Courtesy Toyota
SHARE

Automakers have been reluctant to bet on hydrogen fuel cells, but Toyota has cast doubt aside and announced the first mass-market hydrogen car. The FCV, which launches in Japan early next year and in the U.S. in late 2015, has a 300-mile range—comparable with combustion-engine vehicles.