A Tiny Part Of Your Suntan Is Intergalactic

Get your glow from a galaxy far, far away 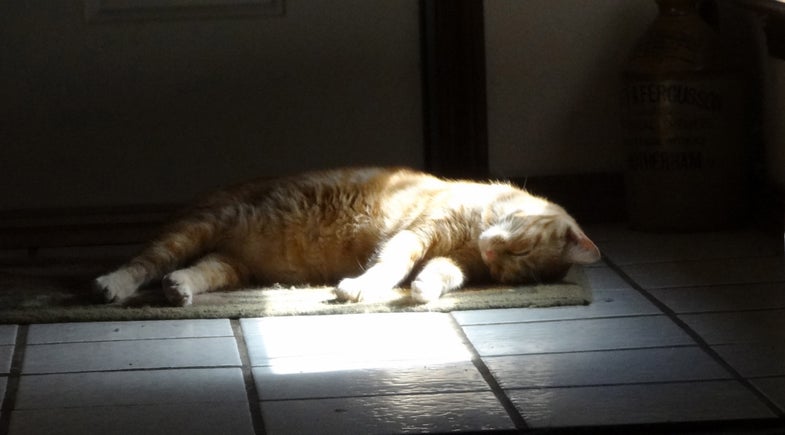 If you’re feeling radiant after a day in the sun, bask in the knowledge that at least ten trillionths of your tan is made possible by light from beyond the Milky Way.

These photons travelled across the Universe for billions of years to find your skin, according to a study to be published in Astrophysical Journal. This extra-galactic background light began in cores of stars or matter as it spiraled into supermassive black holes, the study’s lead author Simon Driver said in a release. Anytime we’re outside, day or night, we’re being hit by about 10 billion photons per second from intergalactic space, Driver says. Most of these are from our own Sun, but a tiny fraction are from far, far away.

If intergalactic rays make you want to reach for the aluminum hats, remember that ten trillionths of sextillion photons still isn’t much. And the galaxies provide us with SPF 2 naturally, as ultraviolet light travels through space dust grains. “The processes which shape and shuffle mass generate vast quantities of energy, dwarfed only by the vastness of space,” Driver said, quite poetically.

Maybe this should be the sunbathing song of the summer, every summer: