Munching Microbes Cause Caves To Grow

They can have their cave and eat it too 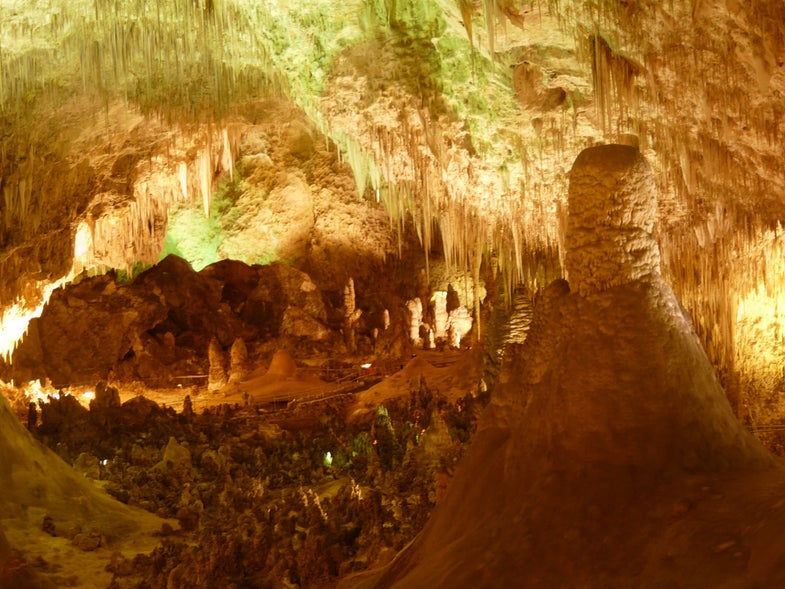 For single-celled creatures, microbes are both industrious and ubiquitous. They are just about everywhere, from high up in the atmosphere, to deep below the planet’s surface, and it turns out that these tiny lifeforms are able to shape the very Earth itself, just by eating.

In a new study published in Chemical Geology, researchers took a look at a still-growing cave system in Italy. The cave was made of limestone, a type of rock that is easily dissolved by acids.

The cave also contained hydrogen sulfide, a foul-smelling gas. While hydrogen sulfide can be poisonous to humans, to some types of microbes, it’s a food source. Microbes in caves don’t have access to other food sources like plants or algae that rely on the sun for food via photosynthesis (they’re quite literally stuck where the sun don’t shine). The researchers found that microbes in caves readily digest the gas when it is in the cave’s atmosphere, forming sulfuric acid as a waste product. The sulfuric acid dissolves the limestone, causing the caves to grow.

Scientists are still learning a lot about the microbes in caves. Just a few years ago, researchers discovered that some cave microbes were naturally resistant to antibiotics. Antibiotic-resistant, cave building creatures from the deep? It isn’t science fiction, just science.