Having someone come clean your bathroom? $40. Having more time? Priceless. 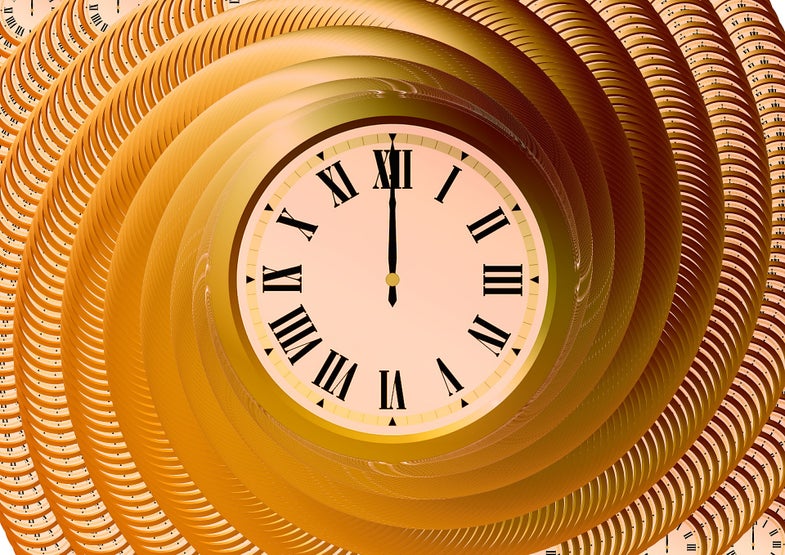 I hate cleaning the bathroom. I also always feel pressed for time. So whenever I delay cleaning duty, it just means I end up feeling more stressed than ever before.

But there may be a solution. According to a study published Monday in the Proceedings of the National Academy of Sciences, I can buy some happiness and peace of mind…if I’m willing to pay someone else to scrub down the toilet and tub.

“People are feeling busier today than in past decades,” says study lead author Ashley Whillans. It’s a worldwide trade-off that has come with increased income and wealth.

But while past research has looked into how people should spend their time or their money, there has been “very little recognition that the way we spend our money can shape the way we spend our time,” she says. “This is one of the first studies to show that buying ourselves out of negative experiences in our day-to-day lives can also have positive effects above and beyond the money spent.”

The researchers arrived at this realization after surveying over 6,000 Americans, Canadians, Danes, and Dutch people about how they allocate their discretionary income. Now, you might think that only the rich would gladly part with money for the extravagance of wash-and-fold laundry service, but the research participants actually ranged from working class folks all the way to millionaires. And the psychologists actually found that among Americans, less wealthy individuals more often reported increased life satisfaction after delegating out some work. Of course, this isn’t to suggest people should spend money they don’t have. These findings only relate to the “miscellaneous” odds and ends people already have room for in their budgets.

The psychologists ran additional experiments on a group of 60 Canadians. They gave each participant $40 one week with which to purchase a material item, and $40 another week with the directive to buy some sort of time-saving service. The scientists found that regardless of how useful or socially desirable the material purchase was, volunteers felt less stressed and more happy with the time-saving purchase.

But apparently we aren’t great at making monetary choices that make us feel good. When the researchers asked 98 other volunteers how they would spend an unexpected windfall of $40, only two percent spontaneously said they would use it on time-saving purchases.

Even among millionaires (818 Dutch ones, to be precise), only a little more than half of study subjects reported spending any money on outsourcing disliked tasks. I guess that means the rest of the millionaires spend their lives vacuuming floors and grocery shopping like the rest of us. Or at least they like to think they do.

“It even took me a while as a researcher to see enough data over time to change my own behavior,” says Whillans. “There is an intuition that people want to hold onto money because money is concrete and time is abstract.”

This reluctance to outsource undesirable tasks is understandable. There are a lot of psychological barriers to actually acting on these findings.

For one, there’s guilt. Whillans suggests that people might feel bad about paying someone else to do things that they don’t like.

I, for one, can certainly identify with that. Just thinking of having someone come over to scrape the grease off my stovetop makes me squirm. My mother would be horrified.

Another barrier is that humans are not the best at planning ahead. “We think time has more value now than it does in three months,” explains Whillans. “And if you think about time-saving purchases, we need to think forward in time to know that we’re going to be super stressed out and busy on Saturday to hire a house cleaner in advance.”

Of course, many people may look at this research and think, Oh goodness, millennials!

And Whillans agrees. “It’s never been as easy as it is now to go online, research through a social network of ratings and reviews, and find someone that you trust to come in and clean your house.”

On the whole, she notes that our economy is moving towards shift work and contract work. So if more people are taking advantage of such services, she ventures, not only could it increase consumers’ happiness, it could also provide additional revenue for people who are un- or underemployed.

And of course, while this formal economy is new, the informal economy is rather old. People have been paying the kid down the street to mow lawns since forever, notes Whillans. But now that these on-demand services are becoming more common, we must take care that the new economy isn’t leaving those who do our dirty work in the dust.

“I know a lot of major companies are doing a lot to try to promote well-being, health, and financial stability for individuals who are providing these services,” says Whillan. “So I think it will be an interesting area of future research; how do these services impact personal well-being, but also how do they impact societal well-being?”