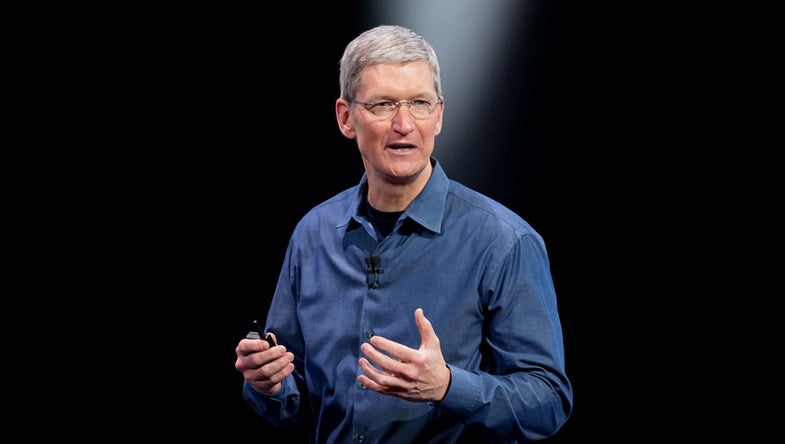 Apple CEO Tim Cook has been pretty outspoken about his company’s decision to resist the FBI’s demands that Apple create special software to help unlock iPhones in criminal investigations —namely, the recent investigation in the San Bernardino shooting suspects. But in a lengthy exclusive interview with TIME Magazine published today, the Apple CEO goes into even more exhaustive detail about his company’s stance on encryption and civil liberties. Most interesting to me was this portion of the interview in which Cook says that smartphones could be used to hack the power grid:

Cook doesn’t specify exactly how this type of cyber attack could be carried out through a smartphone, but it’s notable that the leader of the world’s wealthiest tech company is publicly saying this is a legitimate risk. A cyber attack on Ukraine’s power grid in late 2015 was reportedly carried out in part by launching a telephone denial-of-service (TDOS) attack on the utility’s customer service phone banks, but that involved wired phones, not mobile ones.

That point aside, the whole interview with Cook is wide-ranging, and worth reading in full over at TIME.