If we want a smooth transition into a sustainable future, we need to act fast. 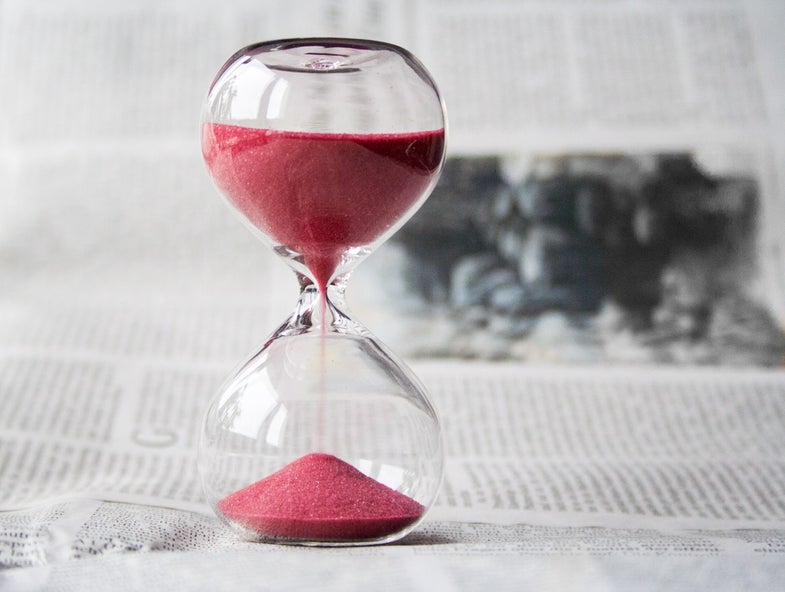 A comment article in the journal Nature says we have to act fast if we hope for a painless transition to a low-carbon society. Pexel
SHARE

If you want to lose 10 pounds by a certain date there are, broadly speaking, two ways of going about it. You could take it slow and steady, cutting down slightly on your daily caloric intake to achieve a modest weekly weight loss, making your way to your goal weight over the course of a month or two. Or you could wait until a week or two before your target date and then give up as much food as possible, triple up on the exercise, and hope that you’ll lose weight fast enough—without literally killing yourself in the process.

Only the most imprudent among us would consciously choose the second option, right?

In this regard, stopping climate change is a lot like weight loss, according to a comment article published today in the journal Nature. The article, spearheaded by Christiana Figueres (architect of the process that lead to the Paris Climate Agreement and now vice-chair of the Global Covenant of Mayors for Climate and Energy), says that we only have three years to act if we want a smooth transition to a low-carbon economy—the socio-economic equivalent of losing weight in a slow and steady manner.

We have until 2020, say the authors—who include a number of researchers, state and local government officials (including the governor of California), and heads of climate change focused organizations—before achieving the goals laid out in the Paris Climate Agreement become almost impossible. At that point, the actions that we’d have to undertake would be drastic; the equivalent of crash dieting and hoping for the best.

“2020 is a hard deadline. There’s no turning back if we don’t bend the emissions curve within three years,” says Sharan Burrow, The General Secretary of the International Trade Union Confederation and a signatory on the article. “There are no jobs on a dead planet.”

Unlike weight loss, which is in many ways still a bit of a mystery to science, we already know how to fix climate change. We just have to lower emissions —something we’ve already started to do.

“We have finally realized that this is not an either-or situation,” says Figueres. “We can create jobs, we can recreate communities that have lost jobs. We can improve the quality of life in urban and rural areas and precisely by doing what we can to improve climate change.”

The authors created a six-point framework that outlines what we need to do by 2020. They call for increasing renewable energy to 30 percent of the global mix (above from the 23.7 percent it comprised in 2015). The article also calls for upgrading infrastructure—slashing building energy use and turning 3 percent of building stock into either net-zero or near net-zero emissions. Other proposals include a doubling of mass transit, an increase in the percentage of electric car sales from 1 to 15 percent annually, cutting deforestation to zero, and reducing the emissions associated with heavy industries

Some of this is already happening. China has cancelled plans to build 103 coal fired plants, and Beijing has shuttered its last one, already leading to improved air quality in the city. The goal of the comment is to note what’s already happening and encourage us to keep doing what we’re already doing; we just need to do it faster.

Despite the recent withdrawal of the United States from the Paris Climate Agreement, and the fact that the comment is seen as a reminder to heads of state heading into the G20 Summit happening this July, the analysis hinges on physics, not politics. If we want to meet the target of a global temperature increase of 1.5 degrees Celsius laid out in Paris, we can safely emit between 150 and 1,050 gigatons of carbon dioxide—TOTAL—for the foreseeable human future (think millennia).

That goal is meant to keep the Earth well below an average global temperature increase of 2 degrees, which would be catastrophic. The difference between half a degree Celsius (which is about .9 degrees Fahrenheit) doesn’t seem like much—after all, who among us can tell the difference between a 71.6 F day and a 72.5 F day? The issue, of course, is that we’re not talking weather—we’re talking climate. A 1.5 degree Celsius increase will still hurt the planet (we’re already seeing these effects, as evidenced by the recent bleaching of the Great Barrier Reef) but avoiding the additional half a degree would mean sparing ourselves the worst of the warming, including an increase in sea level rise by an extra four inches and the complete destruction of the world’s coral reefs—which a quarter of the planet depends on for food and livelihood.

But even if runaway warming isn’t something you feel concerned about, there’s good reason to cut down on fossil fuel use: eventually we’re going to run out of them. Following gradual carbon cutting guidelines is just another way of planning for that eventuality.

“We’re already seeing climate devastation changing seasons, changing people’s livelihoods, and even their lives,” says Sharan Burrows. We still have time to mitigate the worst effects of global warming in a way that preserves a world worth living in, and helps our economies grow. Whether or not governments will act quickly enough is another question entirely.