This Unassuming Plant Has A Carnivorous Secret 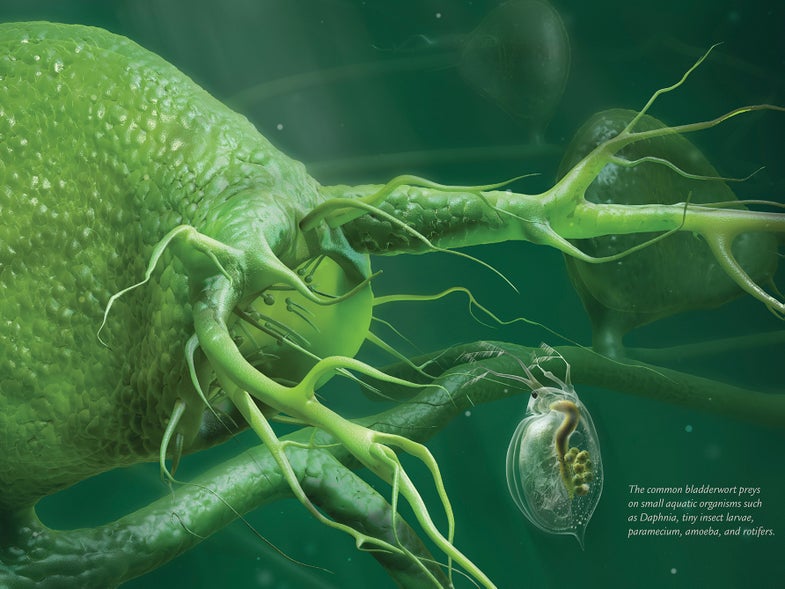 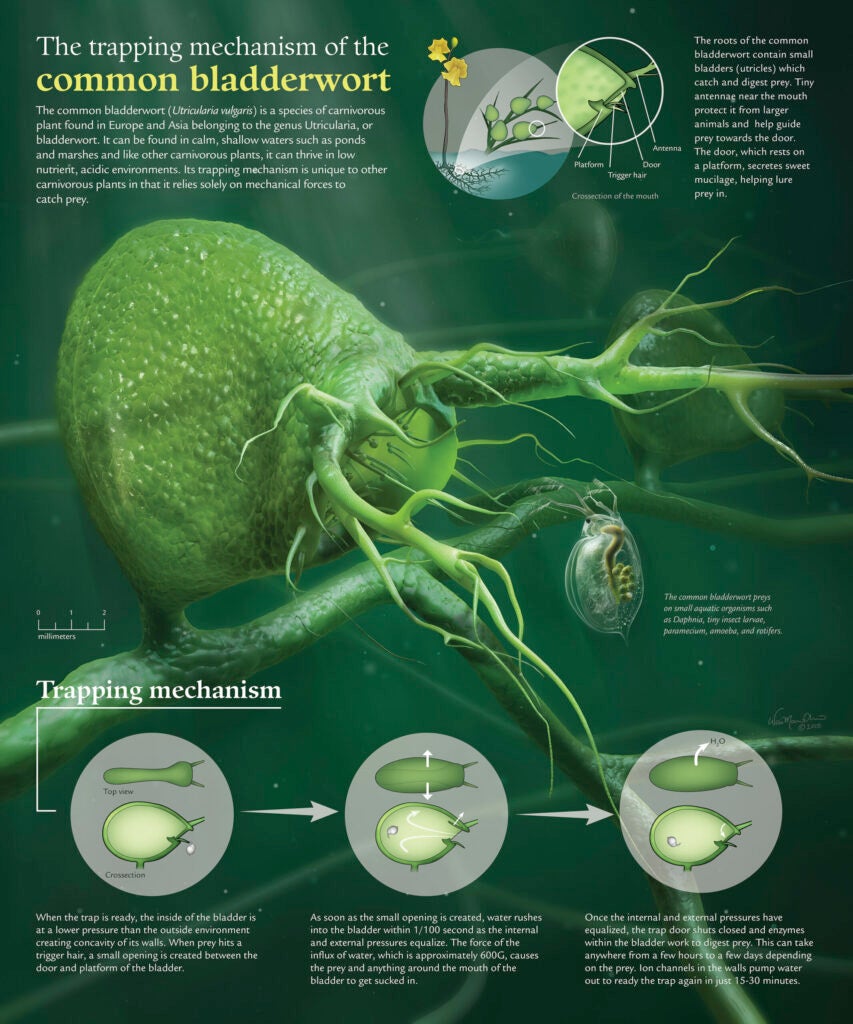 The Trapping Mechanism Of The Common Bladderwort

The common bladderwort is a diminutive aquatic plant with fetching yellow flowers that lives on ponds and lakes in Asia and Europe. But under the surface, it hides a carnivorous secret: 1-inch chambers—or bladders—along its branches that suck in unsuspecting prey. Wai-Man Chan, a graduate student in biomedical visualization at the University of Illinois at Chicago, saw a plastic model of a bladderwort at the Field Museum in Chicago, and says she was intrigued that the tiny, bulbous bladder could contain such a powerful trap. Her poster captures the dramatic moment just before the green monster ensnares a passing water flea, presenting the organism’s anatomy in exquisite—and appropriately creepy—detail.

“The Trapping Mechanism of the Common Bladderwort” won the Expert’s Choice award for Posters & Graphics in the 2016 Vizzies. See all 10 of the winners.