Static cling at its finest 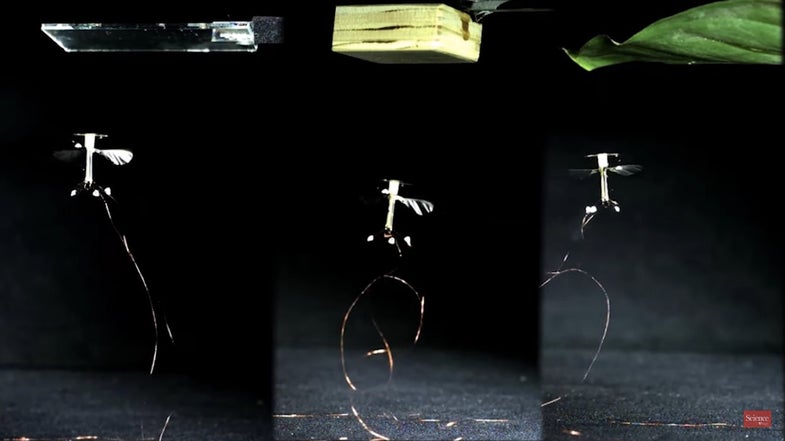 A Harvard-turned-MIT researcher and his colleagues just dropped some pretty cool Spider-Man tech in the latest issue of Science magazine: surface clinging via “electrostatic adhesion.” It’s a widely applicable breakthrough that will, for instance, keep future robots perched while they wait for instructions.

Flying drones use a lot of energy hovering, but the researchers, who hail from institutes across the U.S. and Hong Kong, may have found the first step in a path to conserving energy during activity. Like birds and insects, drones could save tons of energy if they were able to “perch” instead of hovering, as shown in the video below.

Now a tiny drone has accomplished a similar feat without talons or tape. Using electro-adhesion, team made this little robot “cling” to a surface–pretty much the same way a balloon clings to you with static electricity.

It’s not enough energy to hold up a person, for instance, but it’s a start.