One Shipping Company Is Ditching Carbon Emissions For HighTech Sailing 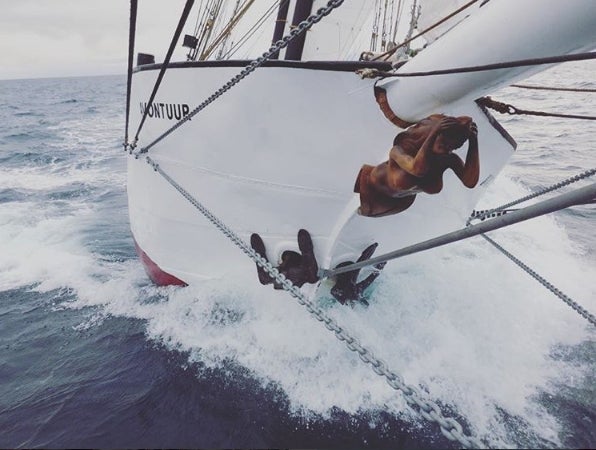 On July 28, a two-masted gaff-rigged schooner set sail from the German town of Elsfleth for a two-week journey around the jutting Danish peninsula to the German port Rostock. Carrying 77 tons of liquor, the 144-foot sailing ship looks like a picture out of an old story book.

But this ship is not what it seems, carrying 2016 technology with a belly full of sustainable goods. Decked out with solar panels and battery generators, the ship, named the Avantuur (“Adventure” in Dutch), is the flagship of the company Timbercoast, which is working to combine old-world sailing with modern shipping to carry sustainable goods with a better conscience.

Currently carrying artisanal gin and vodka, the company has goals to ship organic wine, fair trade coffee and other more sustainable, environmentally-conscious products across Europe, the Americas, and Australia without the carbon emissions from modern shipping vessels.

Though many of our global products are shipped by marine vessels or airplanes, sea shipping is not often mentioned in the same breath as emissions from car and truck transportation. It’s even exempted from the Paris Climate Agreement.

But for Timbercoast, and other companies that are doing the same, like SailMed and Fairtransport, while they carry smallish cargoes, and may not be the main form of sea transportation in the near future, the new niche industry hopes to make a statement about carbon emissions in a warming planet.

“But we want to set an example and we want to use this ship as an ambassador and show what’s going on.”