It's also cheap to produce 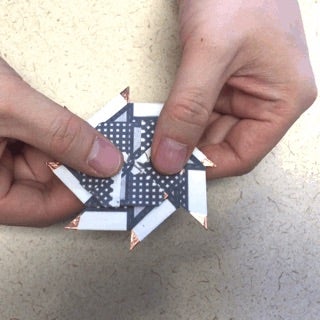 Batteries are getting better every year at both storing energy and lasting longer, but the resulting chemical compositions make for an awfully expensive power-storing cocktail.

Researchers at Binghamton University are trying to get that price down with paper-based disposable batteries. While the battery life for these new ones is mere minutes compared to the hours in expensive commercial units, these disposable units could likely reduce costs exponentially for emergency needs in developing worlds, as well as for single use items like pregnancy tests.

Previous iterations of the paper battery were as cheap to manufacture as 5 cents per unit, but this larger folding unit, which would carry more power and reach a higher voltage, in addition to containing more overall cells, would cost about 70 cents.

That’s still a cheap price to pay, and a serious reduction on necessities like emergency lighting and medical tools.