This “map” could change the way we treat cancer

Researchers plan to use it to develop new drugs. 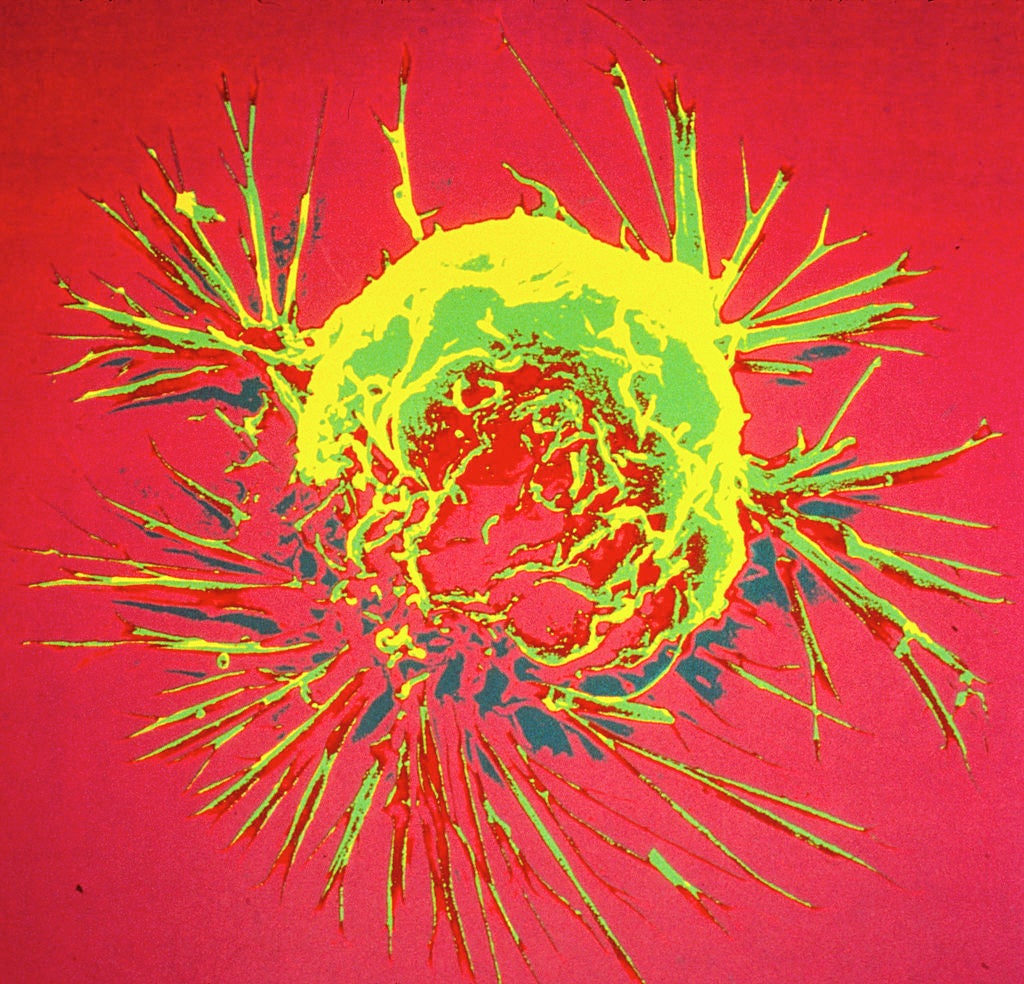 There are countless ways for a person to develop cancer, and this tangle of biological routes leading to illness can make it more difficult for researchers to develop treatments and cures. Scientists have already done a lot of work on sequencing the genes of cancer cells. That’s given them insight into what a cancer cell looks like and how it grows endlessly. But to know what fuels those cells, and where they come from, scientists had to plot a course back to each cell’s source.

A study published Thursday in the journal Cell attempts to do just that. Researchers identified 760 genes that cancer cells need to survive and multiply, then translated that information into a map that tracks what cancer cells depend on to grow. Though the map isn’t complete yet, the study authors hope their results will help show others where to start.

“We have a lot of information from cancer genome sequencing, but this effort focuses on the function of genes,” says William Hahn, a researcher at the Broad Institute cancer program and lead author of the study. “It hasn’t been done before, because we have not had the technology to perform experiments at this scale.”

When cancer cells grow, they rely on a variety of methods to do so. When one falls through, the cell figures out a new way—often by restructuring how other genes work. In creating the map, researchers are attempting to better understand how cells develop this ability to adapt on command. By understanding it, they can find better ways to stop it. The map they’ve created is a consortium of these adaptations, or what researchers call “dependencies”: what cells depend on for growth and development.

In creating the map, which they’ve made publicly available here, Hahn and his team have identified a few novel characteristics about cancer as a whole. First, 10 percent of the gene pathways cancer cells rely on exist in multiple cancer types, meaning that a method to target those pathways could be used against many types of cancers. And about 90 percent of all cancers rely on at least one of 76 genes for growth. That means research into those genes could lead to novel drugs that target multiple cancers.

There are many different ways this new “Dependency Map” can be used to find new treatments, says Hahn. “One way is that we find a gene or target that is necessary for the survival of a specific type of tumor that was not revealed by genome sequencing.” Another, he says, is by finding routes to repurpose drugs for one type of cancer to treat another. And finally, he says, this will provide a roadmap for what drugs still need to be developed.

The effort is just one example of cancer treatment’s 21st century shift: Instead of targeting the cancer cells themselves (as is the case with chemotherapy), new methods are working to disrupt the conditions that cause cancer to develop, and stop the growth before it takes over.

Hahn says there’s still a bit of a road ahead. “These estimates are hard to make, but we are probably 15 to 20 percent away from being complete.” But they hope this map to be a starting point for researchers around the world to build on.