This Is A Test Gallery Don’t Publish Probing a glowing bubble of gas and dust encircling a dying star, the NASA/ESA Hubble Space Telescope reveals a wealth of previously unseen structures. The object, called NGC 2371, is a planetary nebula, the glowing remains of a Sun-like star. The remnant star visible at the centre of NGC 2371 is the super-hot core of the former red giant, now stripped of its outer layers. Its surface temperature is a scorching 240,000 degrees Fahrenheit. NGC 2371 lies about 4,300 light-years away in the constellation Gemini. The Hubble image reveals several remarkable features, most notably the prominent pink clouds lying on opposite sides of the central star. This colour indicates that they are relatively cool and dense, compared to the rest of the gas in the nebula. Also striking are the numerous, very small pink dots, marking relatively dense and small knots of gas, which also lie on diametrically opposite sides of the star. These features appear to represent the ejection of gas from the star along a specific direction. The jet's direction has changed with time over the past few thousand years. The reason for this behavior is not well understood, but might be related to the possible presence of a second star orbiting the visible central star. A planetary nebula is an expanding cloud of gas ejected from a star that is nearing the end of its life. The nebula glows because of ultraviolet radiation from the hot remnant star at its centre. In only a few thousand years the nebula will dissipate into space. The central star will then gradually cool down, eventually becoming a white dwarf, the final stage of evolution for nearly all stars. The Hubble picture of NGC 2371 is a false-color image, prepared from exposures taken through filters that detect light from sulfur and nitrogen (red), hydrogen (green), and oxygen (blue). These images were taken with Hubble's Wide Field Planetary Camera 2 in November 2007, as part of the Hubble Heritage program.
SHARE

I can enter any sort of text in here. I can make it bold. I can italicize. I can add a hyperlink.

So this is the second paragraph here with a space above it.

I can do a third line here. 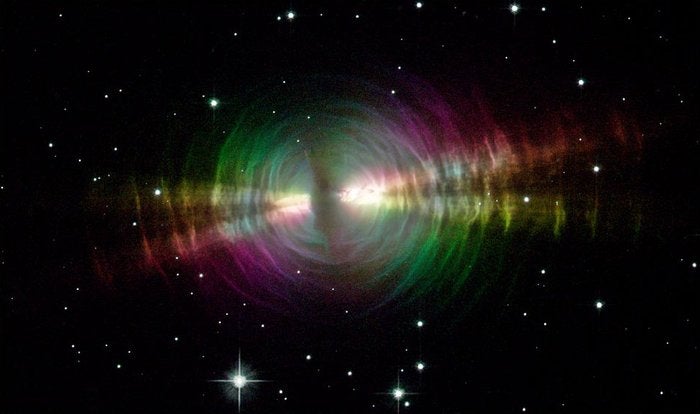 This is another nebula 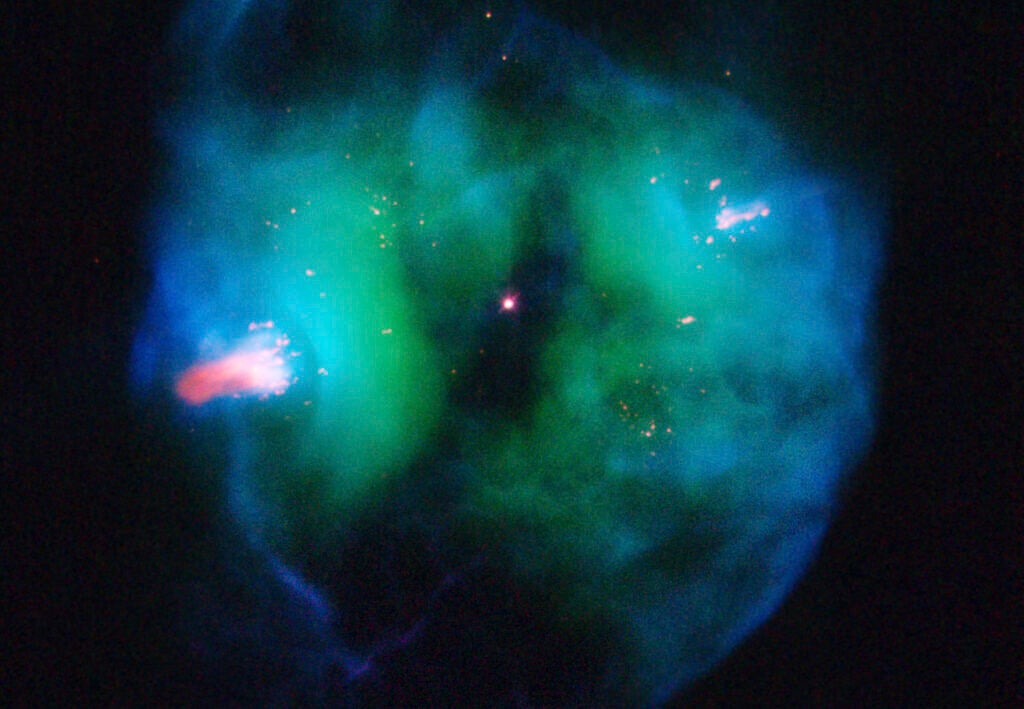 A beautiful image of a nebula cloud that looks vaguely like a cat’s eye. 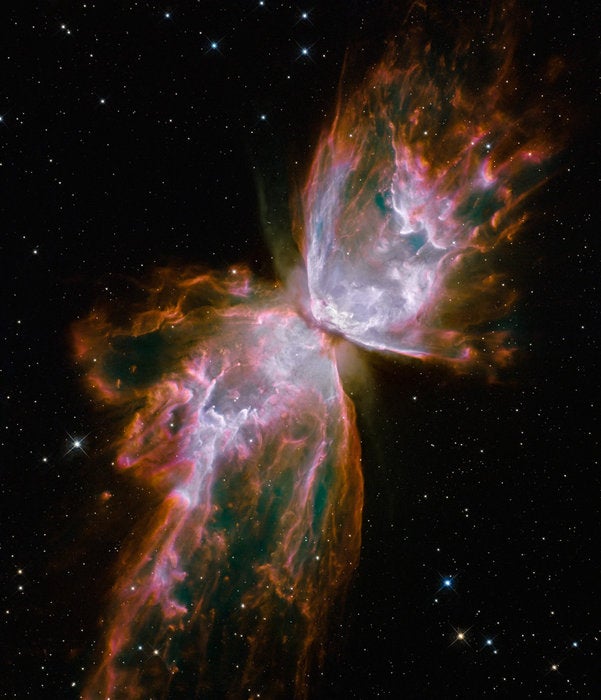 This is a third nebula