An Egg-Shaped Drone Built To Nestle Into A Backpack 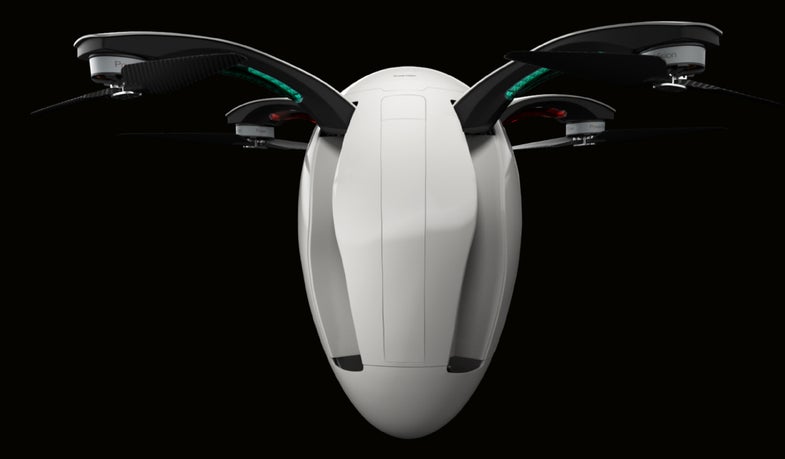 Drones mock the very existence of birds. These clumsy noisy human-built flying machines put human eyes into previously avian domains, scaring bears and provoking all sorts of natural animal rage. PowerVision Robot’s new drone isn’t just an attempt to usurp the sky from its feathered forebearers. No, their elaborate flying camera has the audacity to be egg-shaped, an affront to the entire lifecycle of the beasts of the sky.

PowerVision is headquartered in Beijing. They believe their PowerEgg will be light enough to fit in a backpack, complete with a “360° Panoramic, 4K HD Camera, 3-axis Gimbal,” according to their press release. It is also, notably, egg-shaped. Four limbs with rotors fold out of the egg-body, and the bottom slides away to reveal a camera. The presentation is sleek, but we’ve seen similar attempts at the functionality before, with Sprite, a cylindrical drone for backpackers that raised money on Kickstarter in 2015.

Watch a short video about PowerEgg below: