This Heat Shield Could Help Us Get To Mars 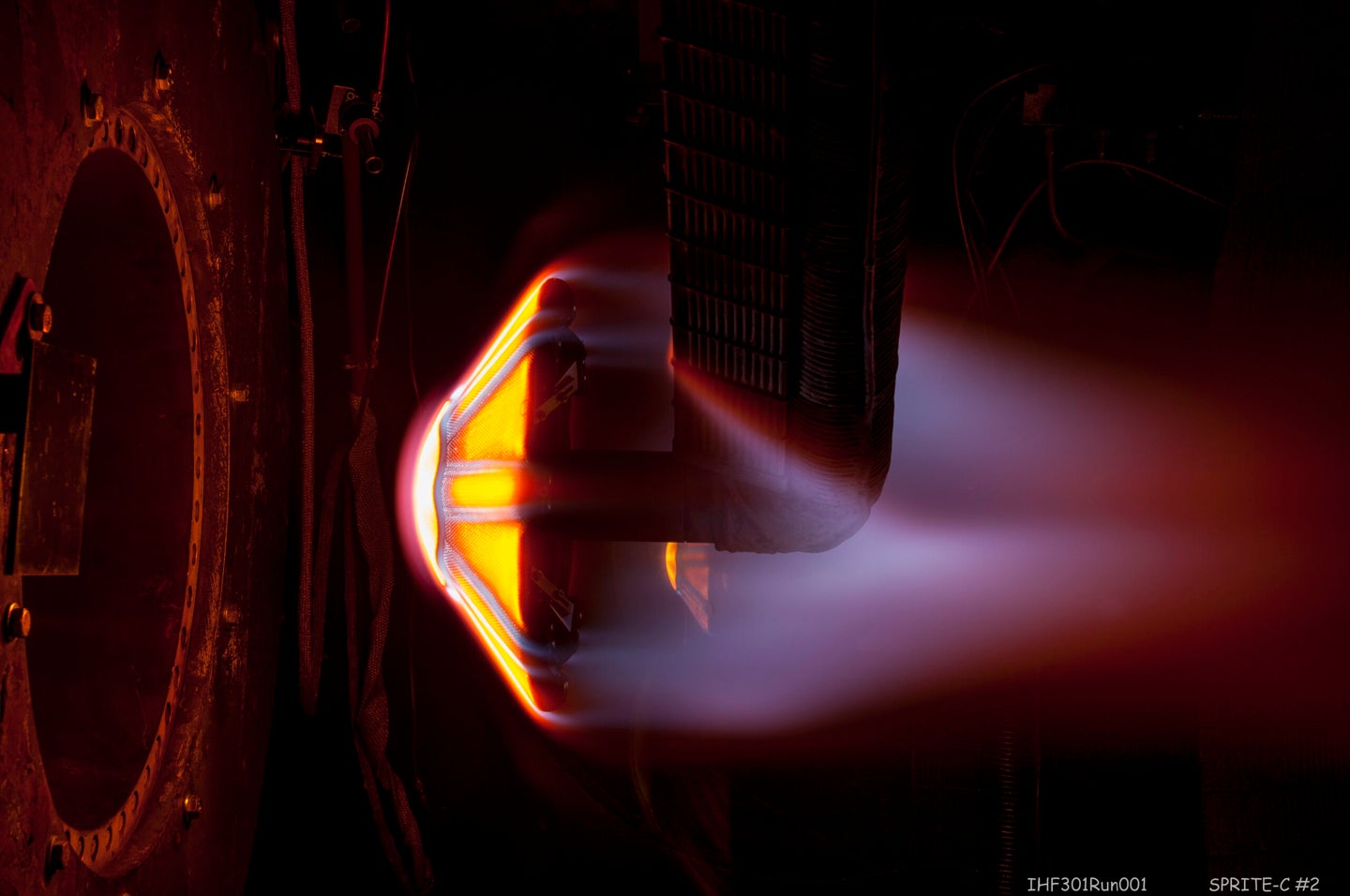 In synchrony with The Martian‘s debut last weekend, NASA is pulling out all the stops to promote its Mars research. Today the agency released this image, taken during the testing of a heat shield that could one day help large spacecraft land on Mars.

The Adaptive Deployable Entry and Placement Technology (ADEPT) shield would pop open like an umbrella to help a landing spacecraft to slow down and keep cool while it’s streaking through a planet’s atmosphere. Made of carbon fiber supported by rigid ribs, the structure would conveniently stow away, compacted, on a spacecraft until needed.

NASA recently tested a miniature ADEPT device “under conditions akin to entering the Martian atmosphere.” Here, a 21-inch nozzle on the left blows hot air over the small vehicle. The temperature of the ADEPT model reached as high as 3,100 degrees Fahrenheit, in some places burning away a resin that protects the shield’s fabric joints—that’s where the blue color comes from.

NASA hasn’t published a lot of information about ADEPT, but the real thing would be at least 2 meters wide, and NASA says it could help to deliver larger payloads than Mars has ever seen. It seems ADEPT was originally intended to land on Venus carrying a 2,200-pound payload, which is about 200 pounds heavier than the SUV-sized Curiosity rover. 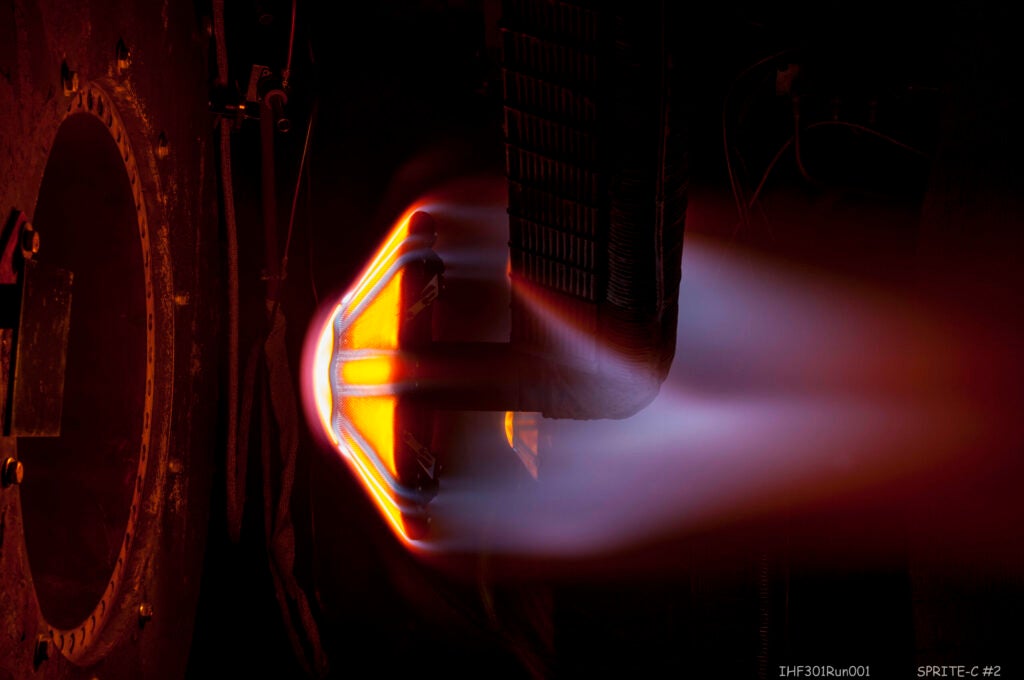 The ADEPT heat shield gets put to the test