This Gin Is Supposed To Make Its Drinkers Look Younger

One of the gin's botanicals is collagen. No word on whether it goes well with vermouth. 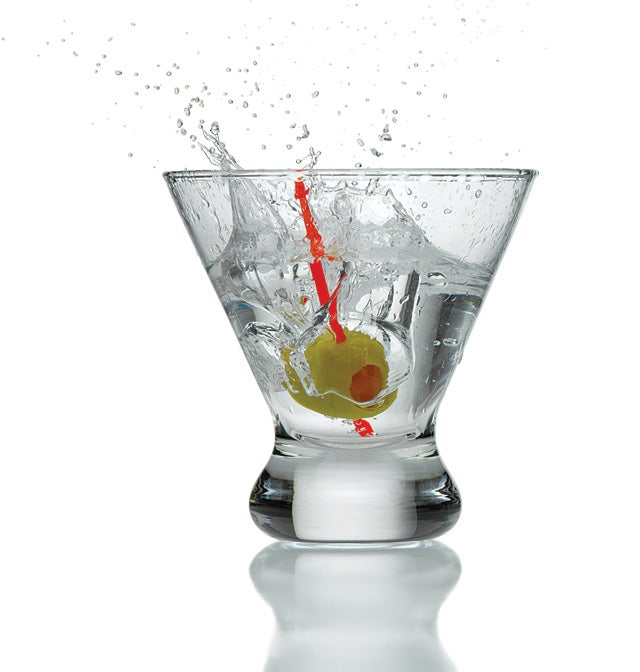 MSNBC.com March 19, 2009 The Studies aAlcohol Consumption, Social Support, and Risk of Stroke and Coronary Heart Disease among Japanese Men: The JPHC Study,a Alcoholism: Clinical and Experimental Research, 2009 The Hype The Reuters wire story clearly lays out the basics of a study by Professor Hiroyasu Iso of Osaka University, which found that moderate drinking and social support may improve cardiovascular health. Then MSNBC twists the headline. The Subtler Truth Of 19,000 Japanese men aged 40 to 69, those who drank a moderate amount of alcohol each week were at lower risk for heart attack and stroke, and those who had both a strong social network and a tipple or two were at even lower risk. Heavy drinkers, no matter their social support, were at increased risk. The study says nothing about drinking buddies. Instead it points out that athose with low social support had more unhealthy lifestylesa and ahigh stress,a a leading cause of cardiovascular disease. The Bottom Line The headline should be aDrinking and Friends Good for You.a Bingeing with your buddies hurts everyone. Don Farrall/Getty Images
SHARE

Drinking to youth may have gotten a little too literal this year thanks to a new spirit.

Anti-aGin is a new collagen-infused gin, and its creators think it will make drinkers look younger. They’ve selected botanicals (the key flavoring ingredients that a clear distilled alcohol is “steeped” in to make flavorful gin) that promote youth, revitalization, and all the things people want to hear an anti-aging product does. From the company’s blog:

Practically speaking for normal gin drinkers, it sounds to me like the description paints a portrait of a London Dry style gin, which means it should make a pretty robust gin and tonic.

The youth-obsessed may now think they have a way to enjoy their martinis guilt free. However, despite its enticing side effects, it’s extremely unlikely that drinking collagen can have any sort of strong anti-aging outcome. As Stat News points out, the amount of collagen absorbed is just not enough to have any noticeable effect on the skin.

So, while the collagen thing is almost surely pseudoscience, gin does seem to be anecdotally associated with longevity. The Queen of England, who just turned 90, is a daily drinker and likes it before lunch.