These Eggs Can Hatch And Wriggle Away If Predators Approach

In seconds, the embryo of a red-eyed treefrog makes its escape from a wasp attack. Myra C. Hughey and Karen M. Warkentin
SHARE 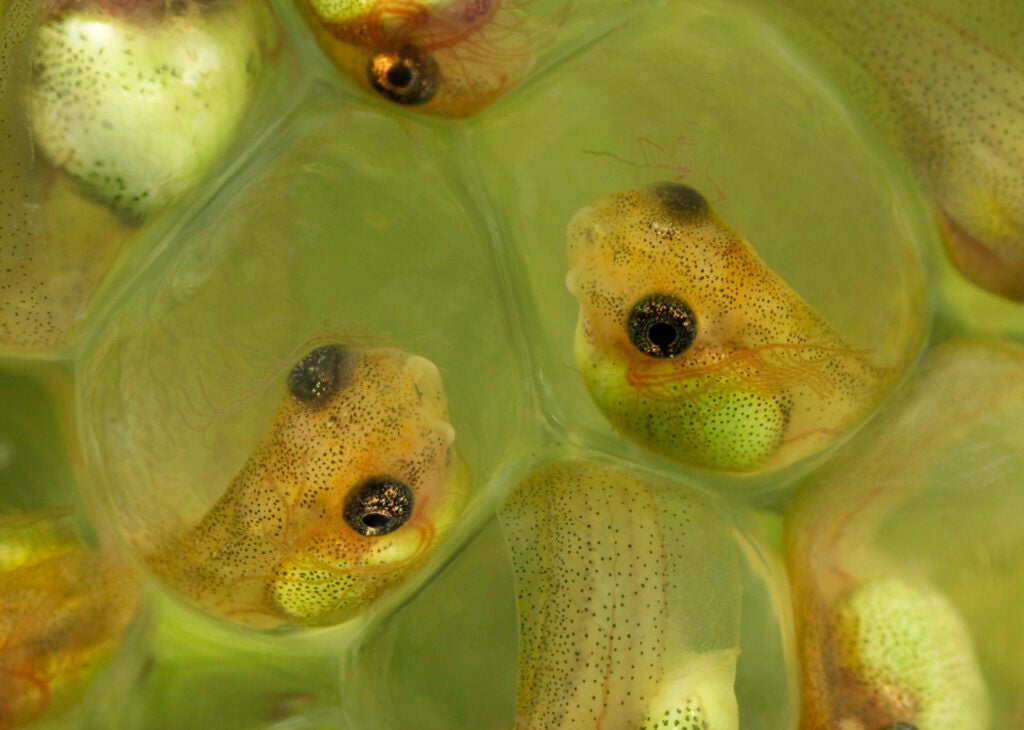 Eggs are usually considered pretty helpless against predators. Just look at the opening scenes of Finding Nemo— Nemo’s brothers and sisters never stood a chance against that barracuda. Maybe if they were red-eyed tree frogs instead of clownfish they would have has a better chance.

Red-eyed treefrogs are adorable, and unlike other frogs, which can take hours to hatch, if a red-eyed treefrog egg is approached by a hungry predator like a snake, the tiny tadpoles can hatch in seconds, escaping from their jelly-like egg prison into the world.

In seconds, the embryo of a red-eyed treefrog makes its escape from a wasp attack.

In a paper published in the Journal of Experimental Biology researchers from Boston University and the Smithsonian Tropical Research Institute found that the embryo escape artists used an enzyme in their disappearing act.

When the embryos in the eggs feel the vibrations of an approaching predator like a snake or a wasp, the proto-tadpoles spring into action, and prepare to hatch as soon as possible. The researchers found a gland on the snout of the tiny tadpole secretes an enzyme that actually eats a hole through the outer layer of the egg, providing an escape route.

Because these treefrogs lay their eggs on the undersides of leaves near bodies of water, the escaped tadpoles can wriggle to safety, dropping quickly into water to avoid the creature that’s trying to eat them. From there, they just keep swimming along, eventually growing up into the adorable icon of the rainforest we all know and love. 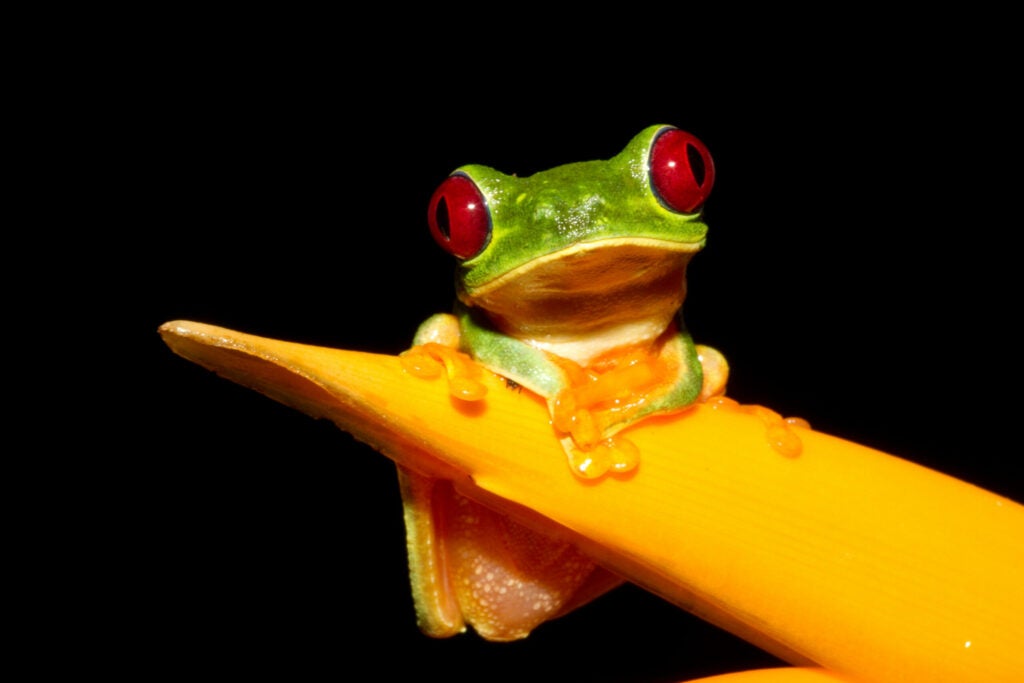 Treefrog embryos can make a quick escape when confronted by a predator.
Animals
Conservation
Land