One of these could be your next president 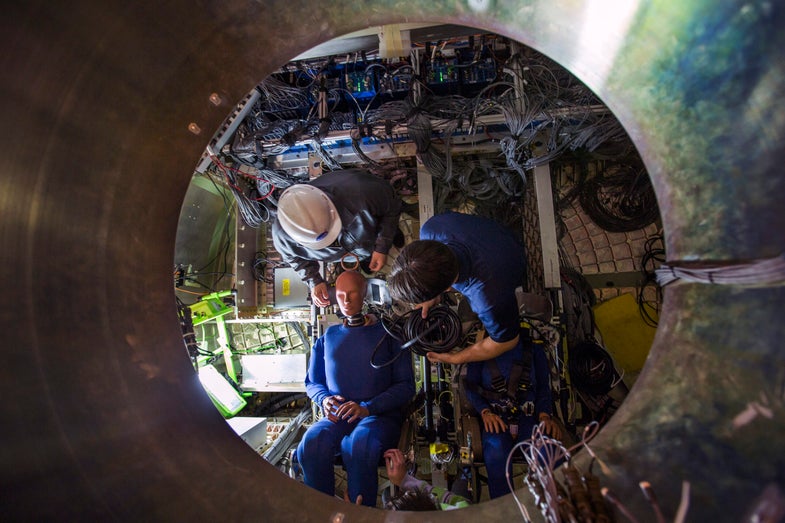 NASA is using test dummies containing tiny sensors to run water landing tests on the Orion spacecraft. The tests will help the researchers evaluate the landing safety of the spacecraft after returning from missions in deep space. NASA/David C. Bowman
SHARE

NASA is designing the Orion capsule to carry astronauts to Mars. When those astronauts get back to Earth, they’ll probably land on solid ground using parachutes. But just in case they need to make an emergency landing in the ocean, NASA has been testing Orion in a 20 foot deep pool at NASA’s Langley Research Center. An upcoming splash test will have some interesting passengers onboard.

“We are excited about this testing because we’ll have suited-up test dummies inside the capsule,” said Ellen Carpenter, Langley project manager in a statement. “Including test dummies will help NASA ensure the crew is protected from injury during splashdown in future missions.”

The two test dummies–a 105-pound woman and a 220-pound man–will be suited up and strapped into Orion, then dropped into the test pool at various angles. Just like the test dummies used to test car safety, these two are embedded with sensors that record how much of a beating each body part takes. That’ll help NASA engineers make sure the spacecraft is safe for future astronauts.

The series of nine drop tests will begin this spring. 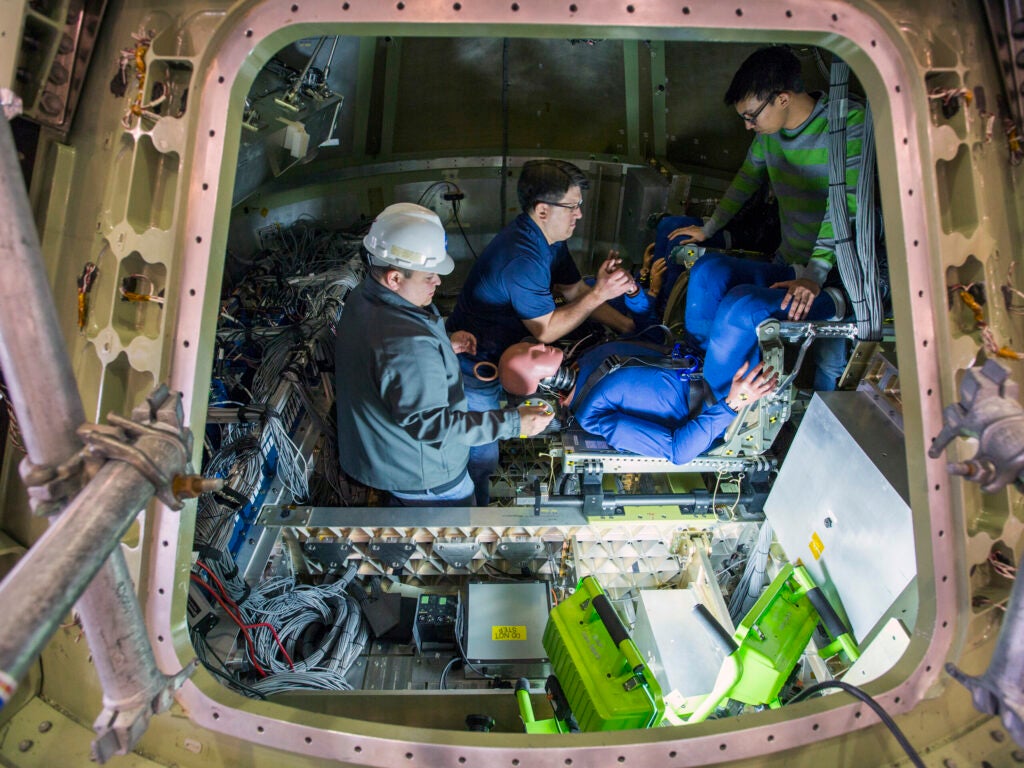