These Guys Found The Remains Of A 14,000-Year-Old Butchered Mastodon In Their Backyard 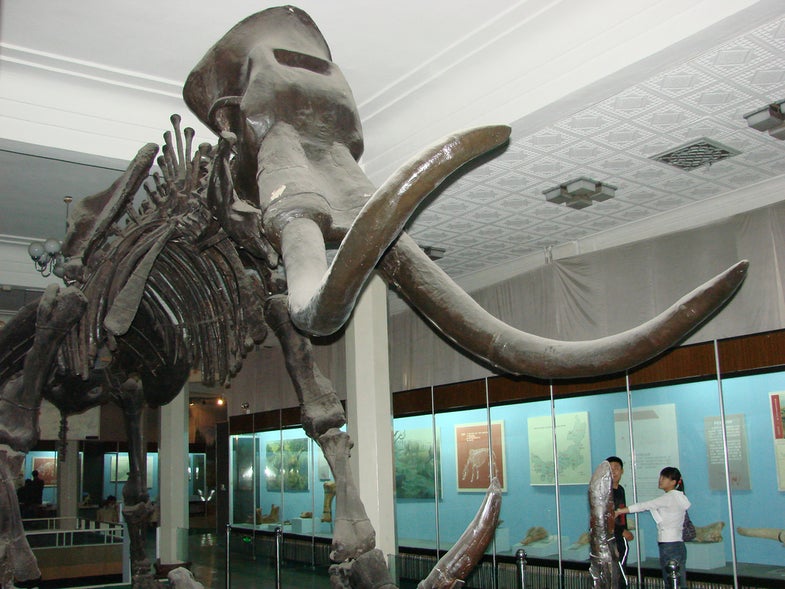 It isn’t every day that you find bones in your backyard, much less a 4-foot long rib bone sticking out of the earth. After that initial, massive find, neighbors Daniel LaPoint Jr. and Eric Witzke kept digging, eventually unearthing 42 massive bones from a property in Bellevue Township, Michigan last November. At first, they thought the bones might have belonged to a dinosaur, but it turns out that the remains were far younger.

“Preliminary examination indicates that the animal may have been butchered by humans,” Daniel Fisher, director of the University of Michigan Museum of Paleontology told the Lansing State Journal. Fisher examined the bones when LaPoint and Witzke contacted the museum, and eventually determined that in addition to being butchered by humans, the bones belonged to a 37-year-old mastodon (a relative of elephants and mammoths) that lived roughly 14,000 years ago.

The Journal reports that while unusual, finding the bones of mastodons isn’t totally unheard of in Michigan; about 330 sites have been confirmed around the state, two in the past year.

Fossils found on private land in the United States belong to the landowner, not the government, so the fossil finders LaPoint and Witzke are keeping a few of the bones as the coolest mementoes ever and donating the rest to the University of Michigan Museum of Paleontology. But before they travelled to the museum, the pair took the bones to a local school, where kids got to experience the fossils up close and personal.

“All the kids got to pick them up and hold them. Some kids, it was life-changing for them. To change one kid’s life because they got to touch it, I think, is an incredible opportunity.” LaPoint told the Lansing State Journal.