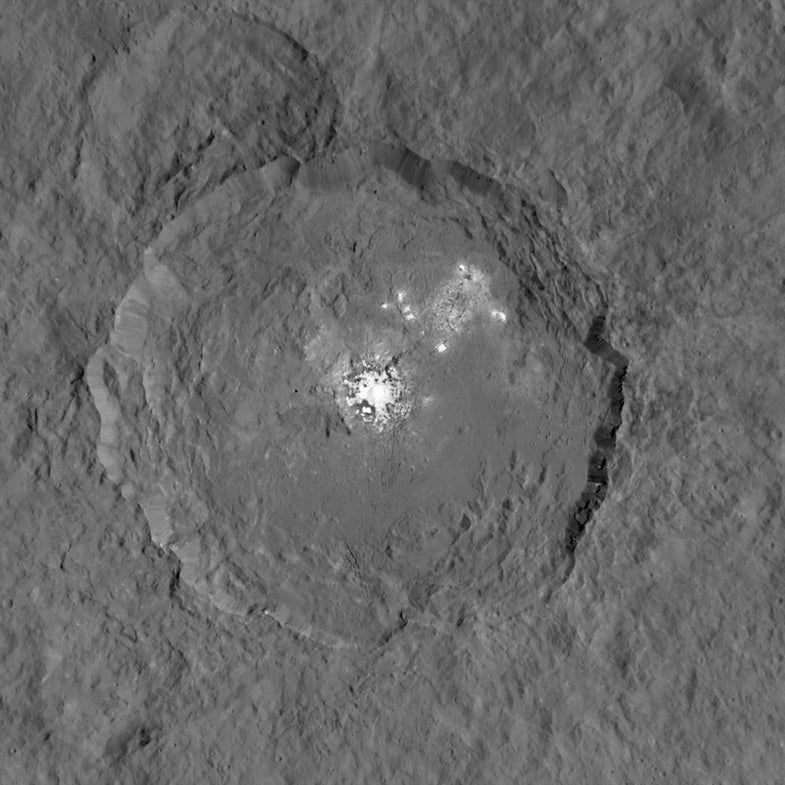 Like two piercing but slightly crossed eyes, the bright spots on the dwarf planet Ceres have been staring us down for months, challenging us to unravel their mysteries. Scientists aren’t sure what’s making those areas, located in Ceres’ Occator crater, so reflective, but it may be caused by ice or salt deposits, volcanoes, or even geysers.

Now the Dawn spacecraft has returned the best image yet of this cryptic region, after moving into a lower orbit around the planetoid in August. The image makes it clear that one of the spots is centrally located and highly concentrated, while the other appears to be more speckled. That rules out our Death Star hypothesis.

Dawn’s chief engineer Marc Rayman says the spacecraft could soon answer our questions about the spots. “Soon, the scientific analysis will reveal the geological and chemical nature of this mysterious and mesmerizing extraterrestrial scenery.” 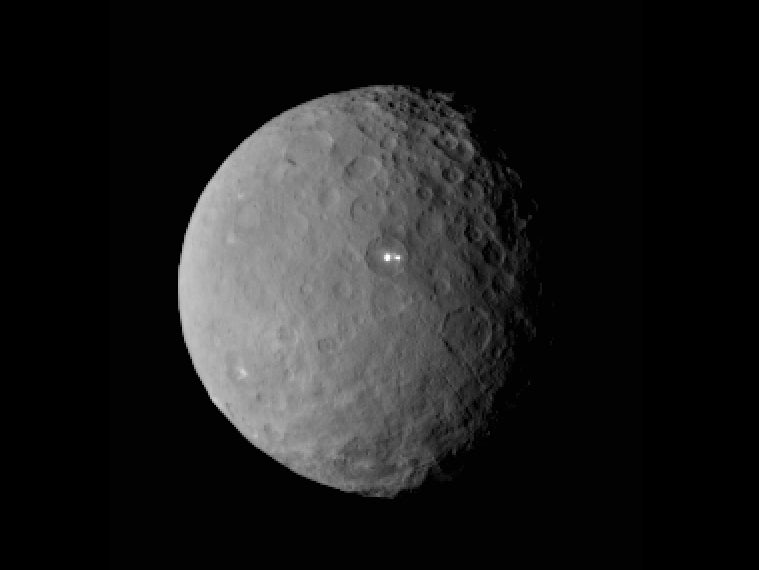 Nearly 25 percent of the dwarf planet is made up of water ice, and a fraction of that could be liquid.
NASA
Space
ceres
dawn
death star
mysteries