They won't get hammered with you, but they can hold their alcohol 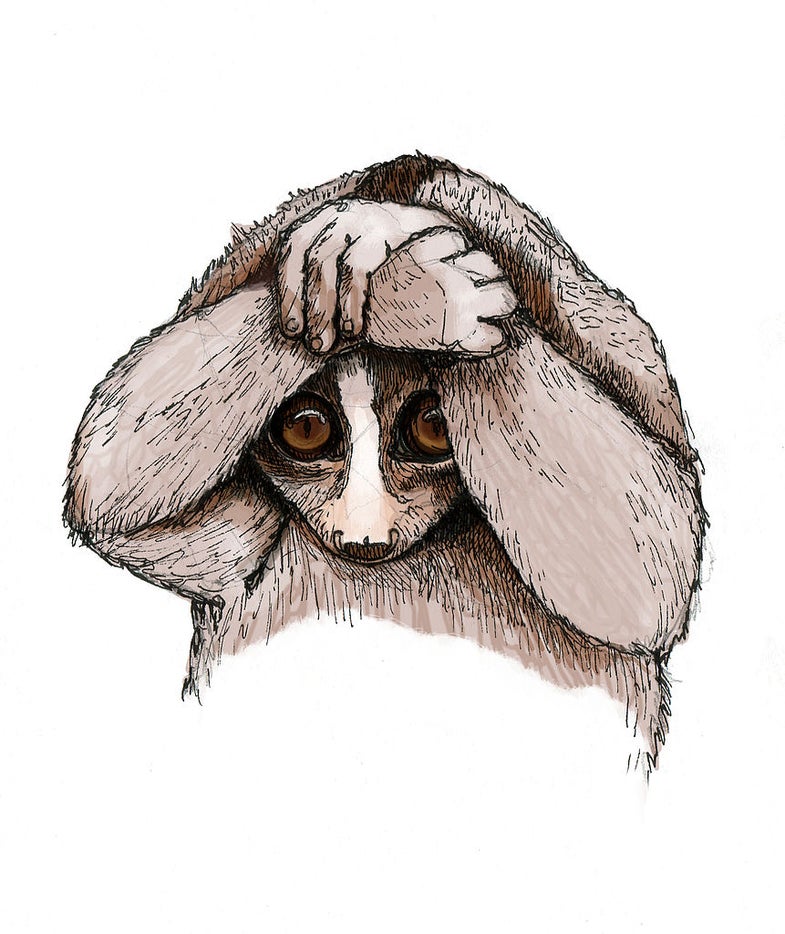 The saucer-eyed slow loris hates to be tickled and has a nasty bite. Now we also know that it can really handle its booze.

In the wild, aye-ayes seek out the nectar of the “traveller’s tree,” even though it’s not super sweet. According to the study, if it’s available to them, they’ll “consume non-trivial quantities of alcohol on a seasonal basis.” Same. The aye-aye doesn’t get drunk, however, which scientists hypothesize is due to a genetic mutation in their metabolism.

This finding agrees with the slow loris being hooked on the fermented nectar of the bertam palm, which has an alcohol content of 3.8 percent. That’s close to a decent hard cider. “Our results support the idea that fermented foods were important in the diets of our ancestors,” Samuel Gochman, lead researcher for the study, said in a press release. Maybe being able to hold one’s liquor is an evolutionary advantage.

Update 7/20/2016 at 1:24 p.m.: A previous version of this article stated that the slow loris also has a genetic mutation to avoid intoxication, but that is still unknown.