Is There A Person On This Sled Drone?

No, but the truth is just as cool 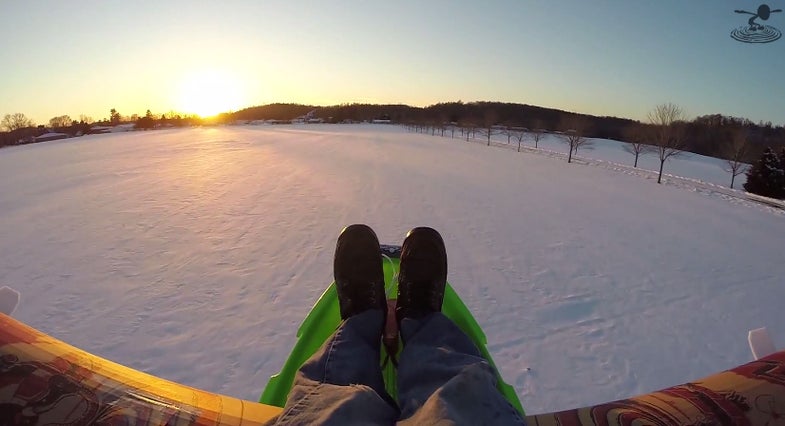 Sick of winter? Wish you could just slap wings and propellers on a sled and fly away from it all? The remote control aviation hobbyists at FliteTest, last seen building a miniature working helicarrier have a cure for the winter-time blues: flying sleds.

Watch this in all it’s glory here:

Walmart sleds, complete with wings, propellers, remote controls, and cameras attached, suddenly turn the agonizing uphill crawl of sledding into a feat of aerial art. One of the sleds, for added comedic effect, has a pair of stuffed boots and jeans inside, giving the illusion of exactly the kind of flying machine “Calvin and Hobbes” would dream up. If actually manned, such a sled plane would likely fall under the FAA’s rules for amateur-built aircraft and would require extensive paperwork.