Going up ... and sideways 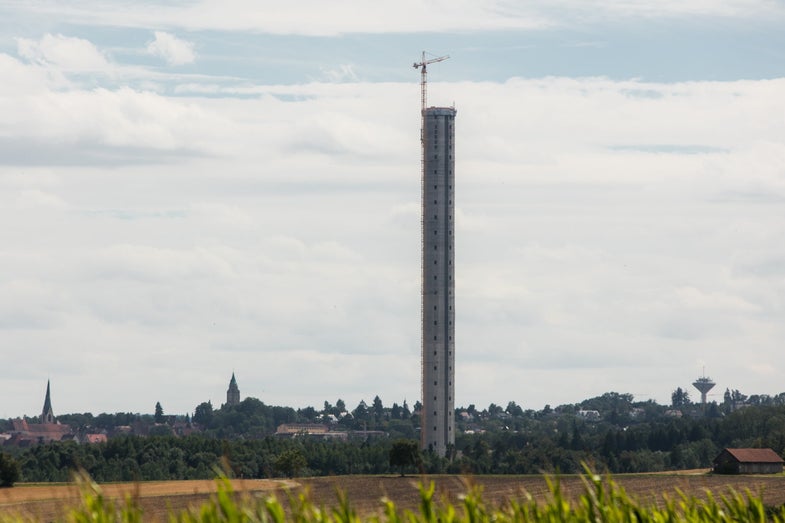 Like something out of Total Recall, the architecture firm ThyssenKrupp wants to build elevators that go up, down, and sideways.

How do you test such a contraption? Well, first you have to build a giant Rapunzel-style tower, apparently. ThyssenKrupp announced this week that they’re about to finish building a 761-foot building that will serves as the testing bed for futuristic elevators.

The concrete tower, built in Germany, will hold 12 elevator shafts, three of which will be devoted to testing Multi—an elevator design that would use magnets instead of cords to move the elevator cars around. Cutting the cord will allow architects to build taller buildings, as well as elevators that can travel sideways as well as vertically. Plus, it means you could have multiple cars traveling through the same shaft. Here’s how it works. 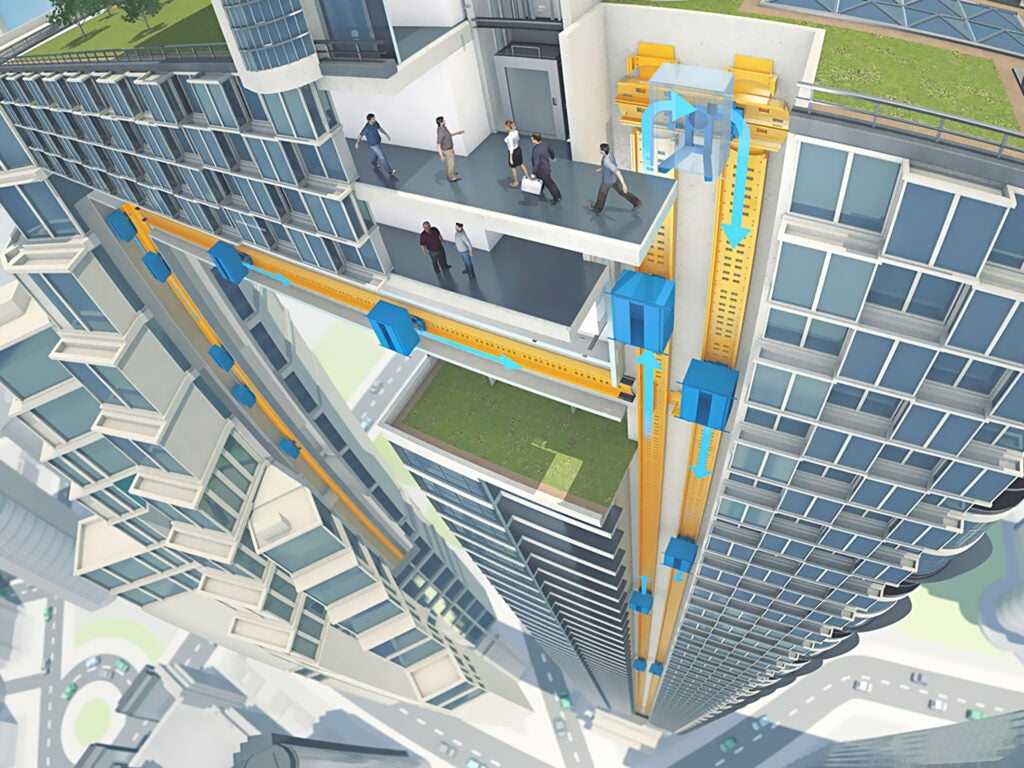 The skeleton of ThyssenKrupp’s new building will be finished in two weeks, after which they’ll work on the interior. Gizmodo notes that the tower will also be used to test a super-fast elevator that travels up to 60 feet per second. Fasten your seatbelts.