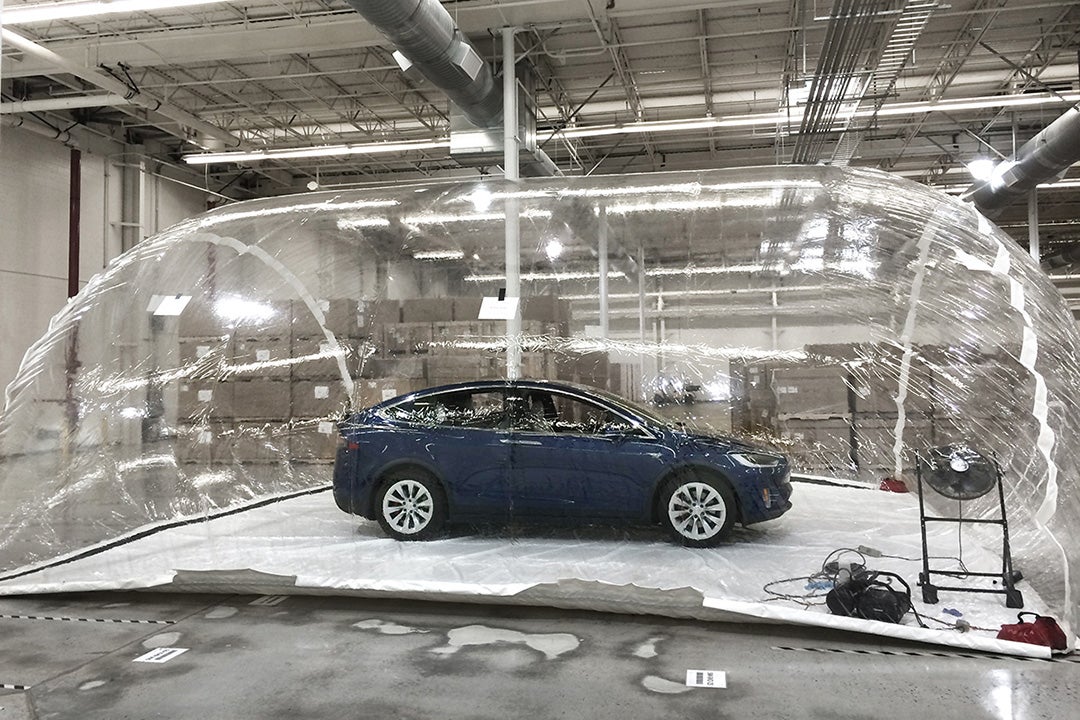 Modern cars are cocoons of safety. From the 1930s to the 1970s, traffic fatalities in the United States regularly hit peaks of 25 to 30 fatalities per 100,000 people. Now, even 2015, which saw a rare significant uptick in driving deaths, saw only 12.5 fatalities per 100,000 people, up from 2014’s 11.1. Elon Musk, the technology billionaire responsible for both SpaceX and Tesla Motors, wants to make his cars safe not just against anticipated dangers, like poor human driving, but also almost unheard-of ones, like biological attacks.

With a high-efficiency particulate filter, the Tesla Model X can keep the lungs of the occupants inside relatively free from external danger. Although it’s billed as a “bioweapon defense” system, bioweapon attacks are astoundingly rare. Unless the occupant plans to drive their Tesla through parts of ISIS-held Iraq and Syria, they’re not likely to ever encounter such attacks, and even then, a myriad other hazards would make the quality of the filter mostly irrelevant.

A filter that strong has another, less-flashy use. If the air is just awful, thanks to pollution, the same system can protect everyone inside the car. From Tesla:

The filtration system apparently held up to lab testing, and even, according to Tesla, started cleaning the air outside the car. I remain skeptical of an automotive company’s self-reported emissions success, but if it works as well as promised, it’d be a car that can drive through the worst air humanity can produce.