Perfect lighting make all the difference in telescope tech. 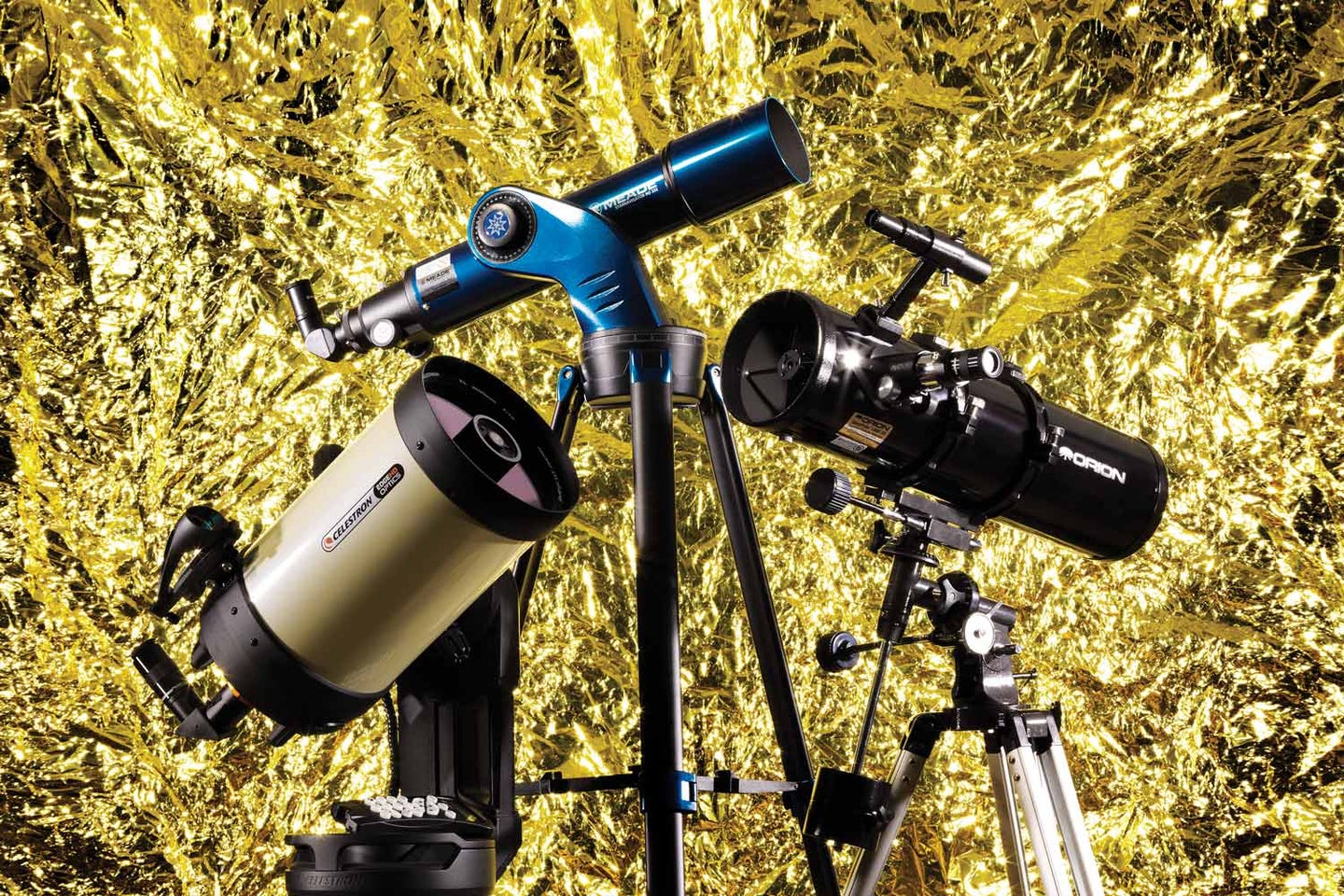 Galileo’s telescopes allowed him to study the lunar surface, glimpse Jupiter’s moons, and chart constellations. Modern backyard versions let you peer even deeper into the universe and check out nearby ­planets, remote star clusters, and faraway galaxies. Each of these instruments offers ­increasing magnification, bringing corners of the cosmos within view.

The Meade Star Navigator NG102 sends sights through glass lenses instead of relying on mirrors, which can add bulk. The relatively low power makes it easy to observe a large swath of sky and even photograph ­celestial scenes with an optional camera adapter.

The Orion SpaceProbe 130ST Equatorial Reflector Telescope gathers light through a 5.1-inch aperture and bounces it off a pair of reflectors to the eyepiece. At just 24 pounds with the tripod, it’s svelte enough to take into the field, but big enough to spy nebulae and other distant objects.

The challenge of amateur astronomy is knowing where to look to find the cool stuff. The Celestron Nexstar Evolution 8 uses an iOS or Android app to pinpoint the ­location of tens of thousands of heavenly bodies. The massive 8-inch aperture collects 843 times more photons than your eyes can.