IceCube Detects Particles From Beyond Our Solar System

Cosmic neutrinos have 1,000 times more energy than the world's most powerful particle accelerator 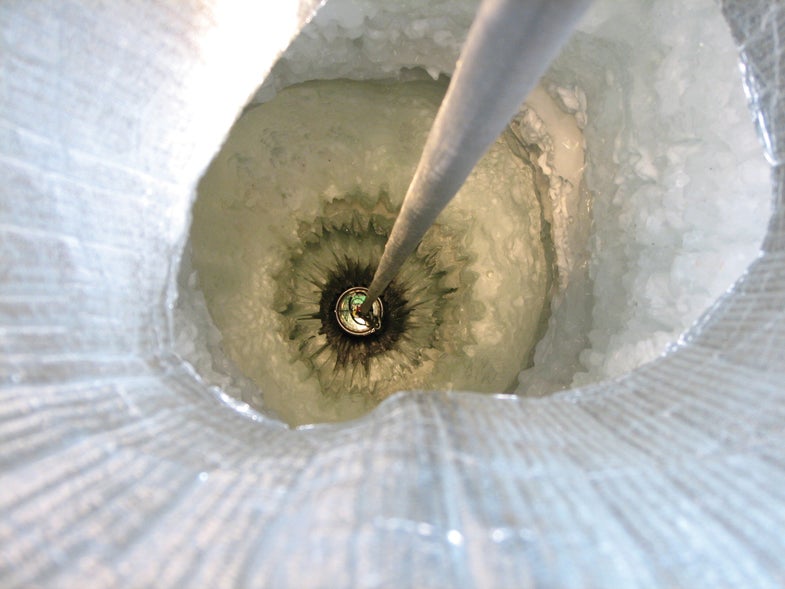 The IceCube telescope sits inside a cubic kilometer of ice a mile beneath the South Pole. Its 5,000-plus light sensors detect subatomic particles called neutrinos—100,000 of them a year.

This summer, researchers found neutrinos that pulsed with 1,000 times the energy of the world’s most powerful particle accelerator. Such particles can only come from beyond our solar system, says Francis Halzen, a physicist at the University of Wisconsin at Madison and IceCube’s principal investigator.

The discovery could provide a better understanding of black holes and exploding stars, which are thought to have launched the neutrinos. “We had no guarantee these cosmic neutrinos would exist,” says Halzen. “It reveals a new way to study the sky.”