Tesla issues a recall over its latest self-driving update

Thousands of Tesla cars were impacted, but a fix is already available. 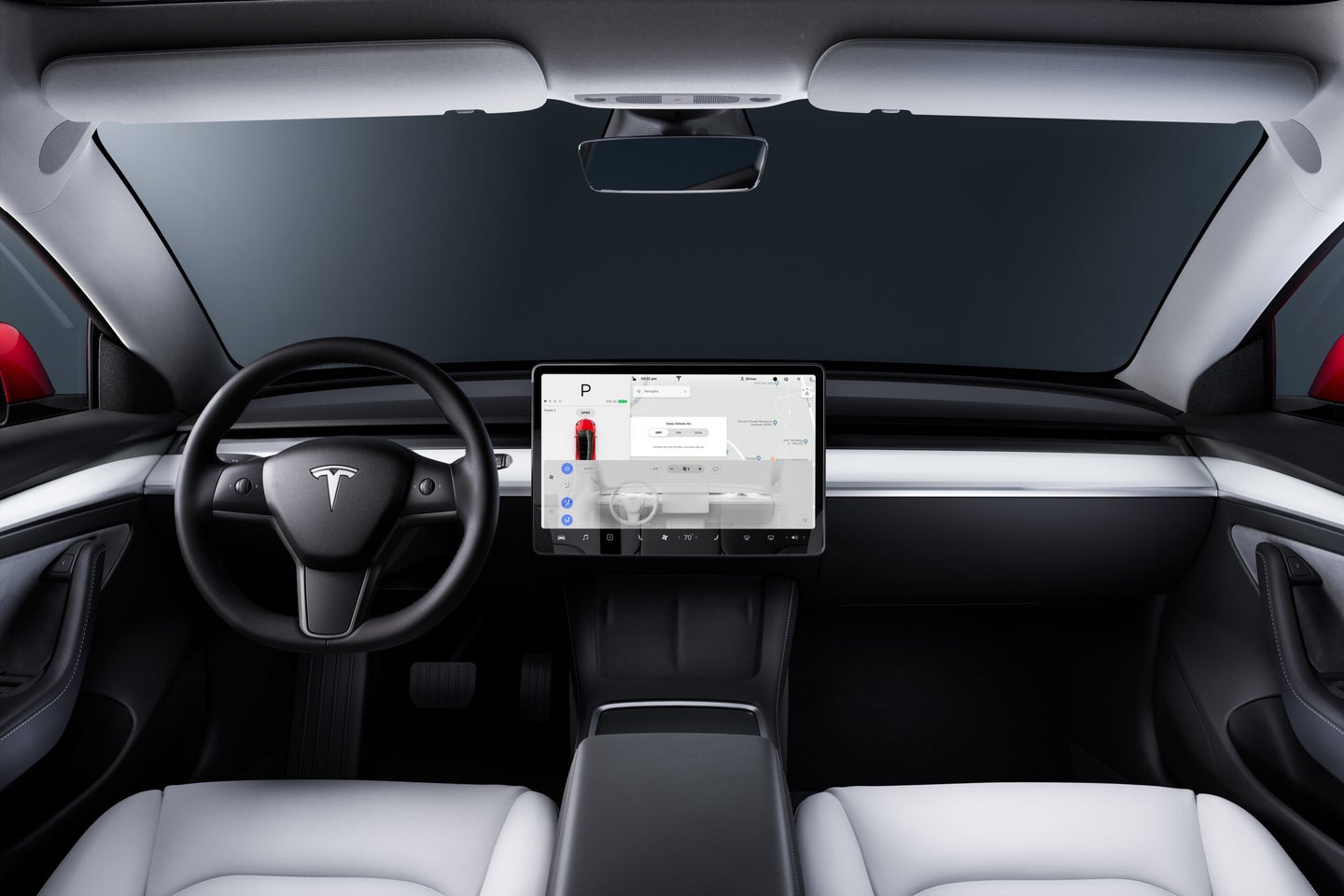 Several Tesla vehicles were impacted by a software communications error, resulting in the company issuing a recall. Tesla
SHARE

Tesla issued a safety recall Tuesday for nearly 12,000 vehicles over a “software communication error” tied to an update the company rolled out last month. The problem impacted drivers that are part of Tesla’s limited early access Full-Self Driving Beta population, which includes Model S, X, 3, and Y vehicles released from 2017 through 2021.

As detailed in a safety recall report from the National Highway Traffic Safety Administration, or NHTSA, the error involving a communication problem between two in-car chips could potentially cause false forward-collision warnings or automatic emergency braking, putting passengers at risk of being rear-ended by the car behind them if the feature unexpectedly activates during driving.

On October 14, Tesla CEO Elon Musk announced on Twitter the company would be releasing a new firmware update to drivers with high safety scores (a metric tracked by the electric vehicles based on average behavior behind the wheel). He updated his Twitter thread a little over a week later, saying there had been complications and the company would be reverting cars back to the previous Beta version of Full-Self Driving.

“This is to be expected with beta software. It is impossible to test all hardware configs in all conditions with internal QA, hence public beta,” Musk added.

The NHTSA report explains that customers began reporting the warning and braking issues within a day of the October 23 rollout. While the company says it was able to identify the “root cause” and develop a fix—a software update that has been deployed to all but 17 of the impacted vehicles—it still chose to move forward with a recall. Gizmodo called it the “most significant US recall” related specifically to “driver assistance features” so far, though the article noted this is not the first time Tesla’s Full-Self Driving beta has come under scrutiny. Consumer Reports experts have repeatedly expressed concern over its capabilities and Tesla’s choice to roll them out to customers driving on regular roads for beta testing.

This is also not Tesla’s first brush with the NHTSA—the federal agency launched an inquiry into the company this summer following repeated incidents of Tesla hitting emergency vehicles while in Autopilot mode. And just two weeks before Tesla voluntarily moved forward with this recall in October, the NHTSA sent a letter to the company’s director of field quality, Eddie Gates, requesting additional information to understand why Tesla had not issued one in recognition of this Autopilot problem.

“NHTSA reminds the public that no commercially available motor vehicles today are capable of driving themselves,” a NHTSA spokesperson told PopSci in an August email about the emergency vehicle inquiry. “Every available vehicle requires a human driver to be in control at all times, and all State laws hold human drivers responsible for operation of their vehicles.”

Tuesday’s recall announcement came as Tesla courted unrelated questions about a purported deal with Hertz, which Musk cast doubt on Monday night. The rental car company had announced last week that it would place an “initial order” of 100,000 Teslas within the next 13 months, according to CNBC. Following the news, Tesla’s market cap hit $1 trillion for the first time.

But in a response to a tweet celebrating that spike in stock prices, Musk tweeted, “If any of this is based on Hertz, I’d like to emphasize that no contract has been signed yet. Tesla has far more demand than production, therefore we will only sell cars to Hertz for the same margin as to consumers.”

A Hertz spokesperson told CNBC Tuesday that the company remains “on plan” to move forward with their sizable order.