This drone can detect human screams. What could go wrong?

The research is intended for search and rescue applications. But tech like this has potential for abuse. 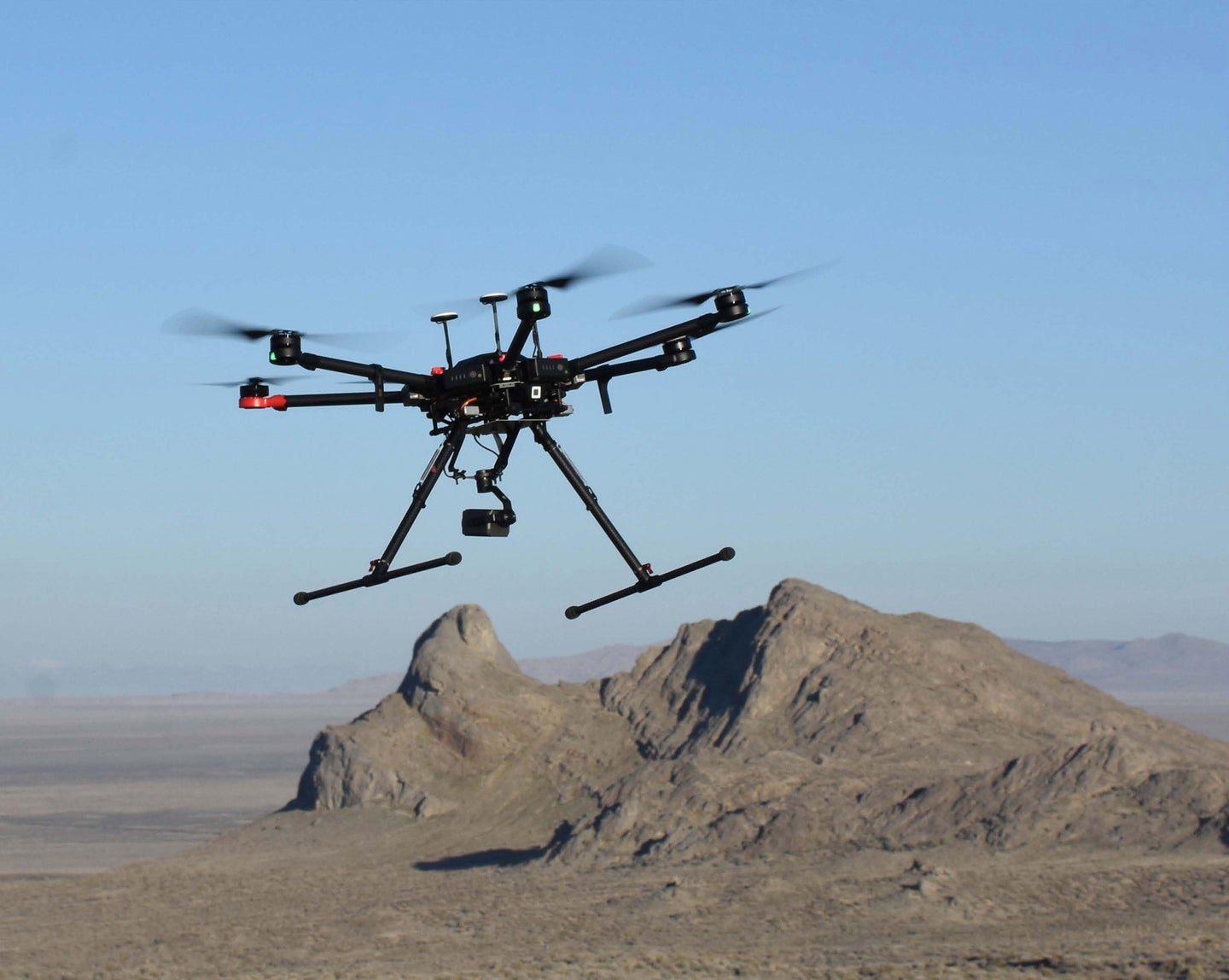 This drone is similar to the one used by the researchers. Becki Bryant / US Army
SHARE

The drone manages to hear the human scream over the buzz from its six spinning rotors. With trained acoustic software and a microphone, the robot flies into place. The same human slams together two pieces of wood, creating another distinct sound, giving the drone more data to home in on. The drone arrives overhead. In the video of the test, the scream-hunting drone successfully locates the researcher below. It is at once a promising sign for rescue work, and an ominous one for the future of humans hiding from robots.

Published under the title “Saving Lives During Disasters by Using Drones,” the drone that hunts for human screams is a project by Fraunhofer FKIE, a German research institute. The drone specifically was the work of the Department of Sensor Data and Information Fusion, and its authors presented the research to the Acoustical Society of America on June 8, 2021.

Drones, and all sorts of robots more generally, are ideal responders to a disaster. Sending a human onto freshly collapsed rubble risks the rescuer, but a drone can fly over the same terrain and, if equipped with the right sensors, hopefully find anyone in peril and guide human rescuers. It’s a way to shift the “search” part of “search and rescue” onto machines specifically designed for searching.

“Survivors typically plead for help by producing impulsive sounds, such as screams,” write authors Macarena Varela and Wulf-Dieter Wirth. “Therefore, an accurate acoustic system mounted on a drone is currently being developed at Fraunhofer FKIE, focused on localizing those potential victims.”

The work of identifying and isolating screams is important and tricky. The team built a microphone array, attached it to a drone, and then added another microphone that can pick up larger frequencies than the other, small microphones. Programming the computer to detect screams meant filtering out the other sounds, like the drone’s buzzing rotors, and it meant converting captured audio into location data, by combining readings from the microphone array and determining a direction of the screams.

As the Washington Post reports, the team has so far shown that in an open field, the drone can estimate a person’s location within a few seconds of hearing the sound. Open field tests are useful for calibrating such a technology, but the drone will need to work in much more acoustically unfriendly environments to truly function as a rescue tool.

One such possibility, should the researchers decide to explore it, would be testing scream detection in a controlled underground environment. In 2016, researchers in France explored deep learning and neural networks to detect screams and shouted speech in subway trains. The classifier created from the project was able to distinguish between shouting and screaming and everything else.

Relatedly, as part of DARPA’s Subterranean Challenge exercise, in which teams sent robots into courses to simulate rescue work, one of the signals that robots could listen for was speakers embedded in “thermal manikins,” softly playing a recording of a human voice. (The message, “welcome to the Subterranean Challenge,” was unsettling to hear coming from an inert body.)

In the DARPA challenge, sound is just one of many possible ways for the robots to identify human activity underground. The heat from the thermal manikins would shine bright on infrared cameras, carbon dioxide could be detected by chemical sniffers, cell phone signals could be picked up by antennas, and with visual light optical cameras could work, too. Looking for people trapped underground, in the rescue work scenario that teams designed, means exploring a range of tools to locate human life, and then relaying that back to rescuers.

Because DARPA funded research comes from the Department of Defense, there is an unsubtle subtext about the robots it trains to find humans. The same techniques used to find trapped humans underground for rescuers can be seamlessly applied to soldiers doing search-and-clear missions against armed enemies, with the robots leading the way.

[Related: These multi-tasking machines can roll across the ground—or fly through the air]

To be clear, Fraunhofer FKIE’s scream-hunting drone is not a military project, and there is nothing about the screaming-hunting robot that suggests its immediate or even eventual use will be military. In rescue work, as in military missions, a robot that can hear screams, and use those screams to pinpoint people, would be especially helpful. For anyone caught in an earthquake and awaiting rescue, even a robot that hunts screams might provide some form of relief.

But, there is a particular danger in any dual-use technology. A tool designed for an innocuous purpose can be easily used for the same function but with a far different application in mind. Rescue workers have reason to be interested in the drone that hunts for screams. However, it is also a technology that could easily be developed into use for military customers, incorporating the ability to find people by the sounds they make into a dedicated kill chain.