For Syrians who have escaped civil war, a temporary home in Jordan 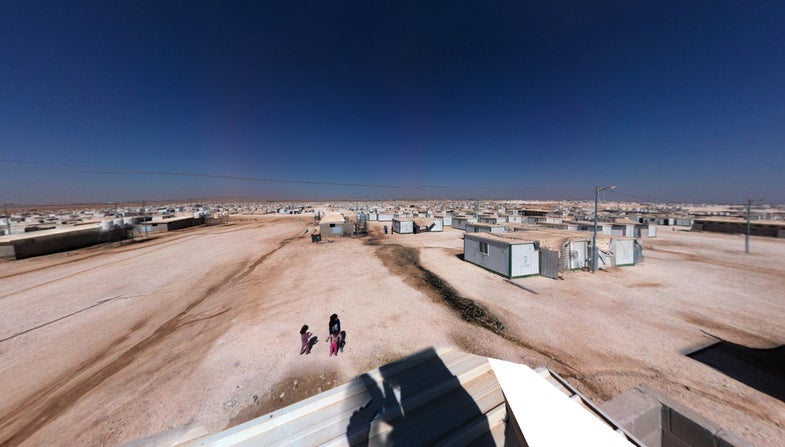 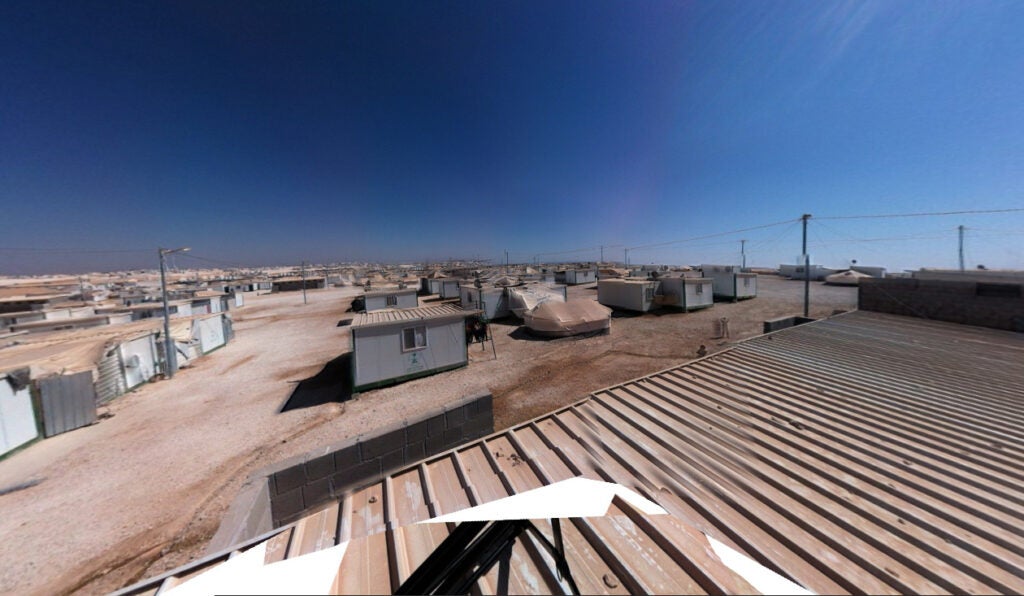 It has a population of 122,017, it’s just over a year old, and almost every resident is there because they fled a brutal civil war. The Zaatri refugee camp, in the Mafraq Governate of Jordan, is an instant city with an incredibly noble purpose: shelter Syrians fleeing the civil war, and keep them healthy until it’s safe to go home or they have somewhere else to settle. 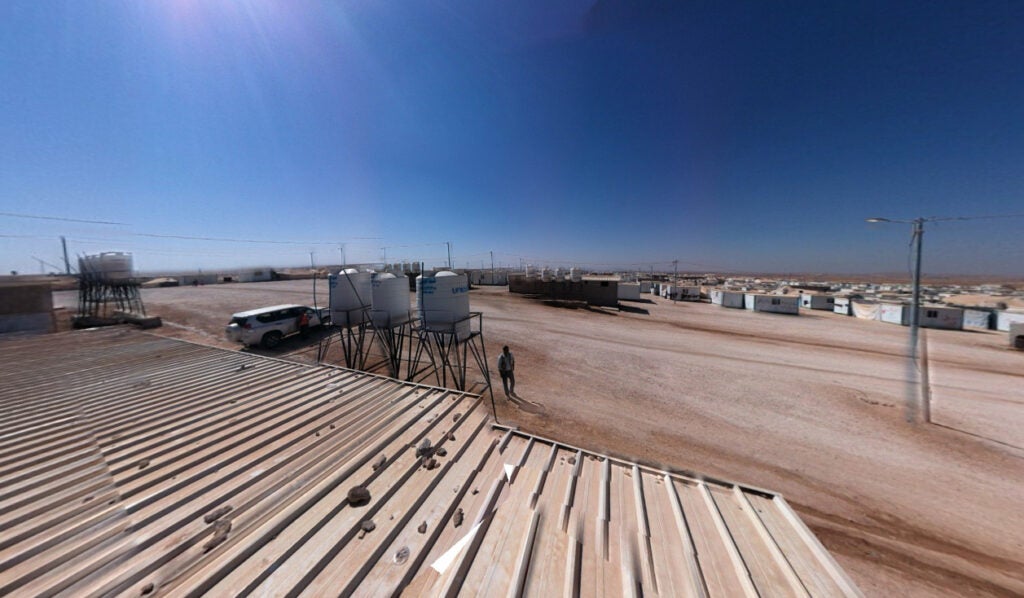 The challenge is immense: housing, food, medical treatment, crime prevention, and sanitation are just the basics. The camp, which is overseen jointly by the government of Jordan and the United Nations refugee agency, covers two square miles, with 27,101 shelters and 1,724 infrastructure or support buildings, according to a UN map of the camp made in July. Diabetes and hypertension are the top two chronic health conditions in the camp. The UN is also tracking diseases with epidemic potential. In July 2013, the UN reported a high risk of outbreaks of watery diarrhea and acute jaundice syndrome. 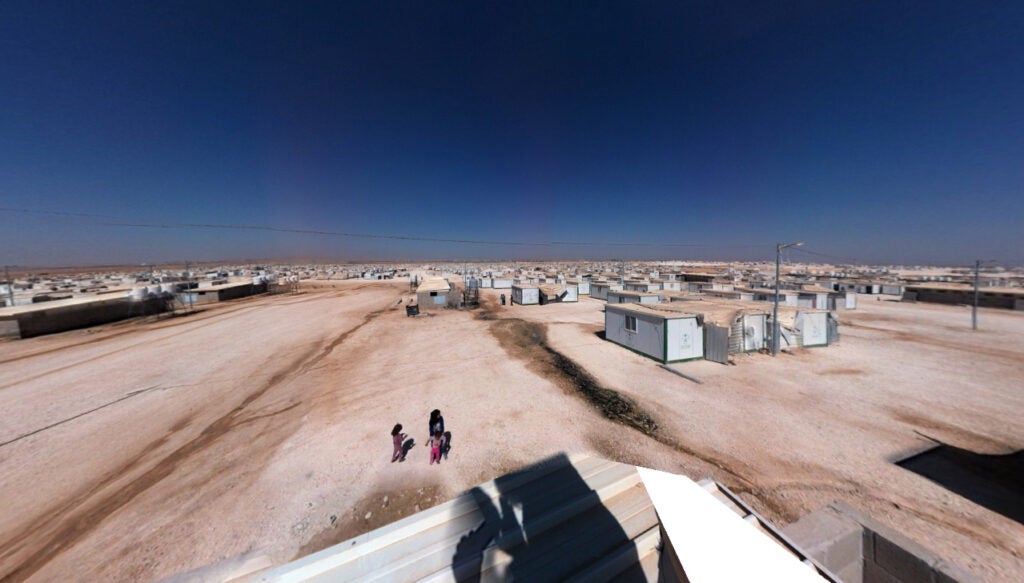 This picture, taken by Jonathan Dumont using the 360 Panorama app and uploaded yesterday, gives a good sense of the instant town. White buildings, cinder block construction, tarps from the UN, water tanks, and an electric lighting system, all under the vast blue sky of the desert. 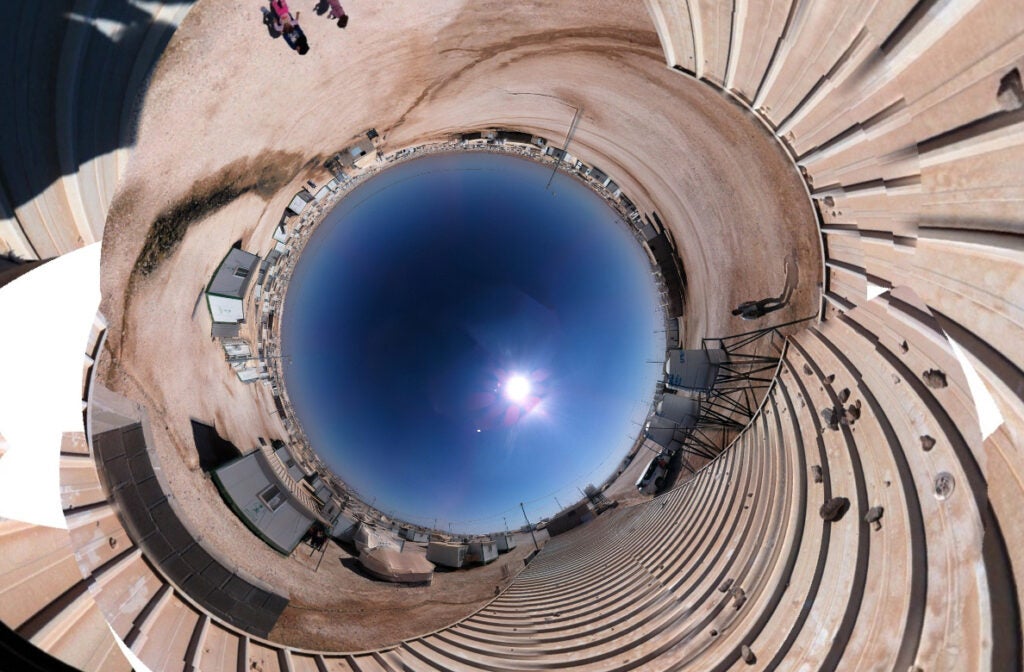 Refugee Camp In A Well

The panorama app also creates interesting artifacts, when the image wraps weirdly. I particularly liked this one.